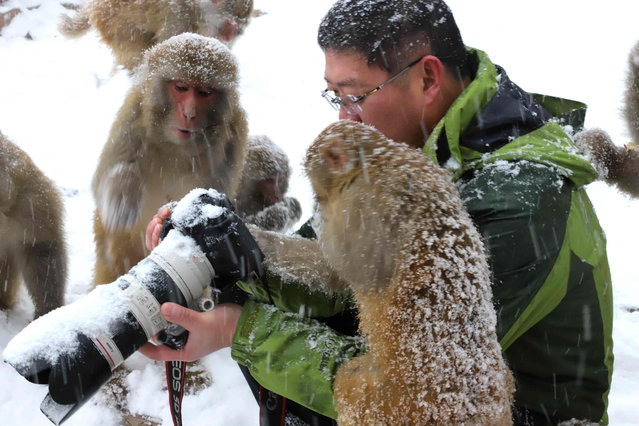 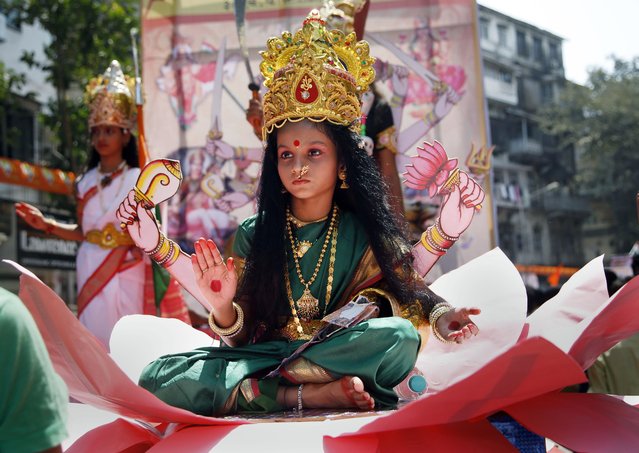 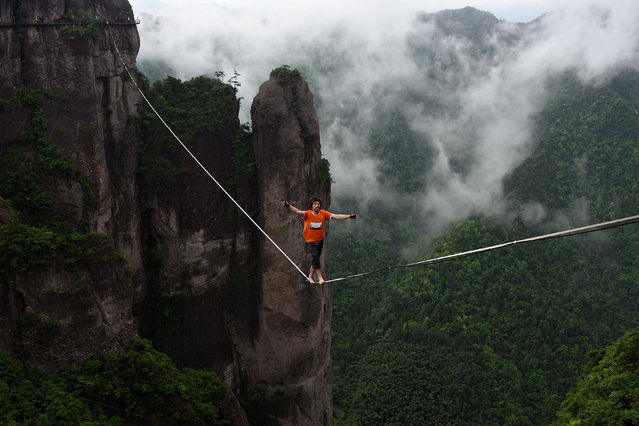 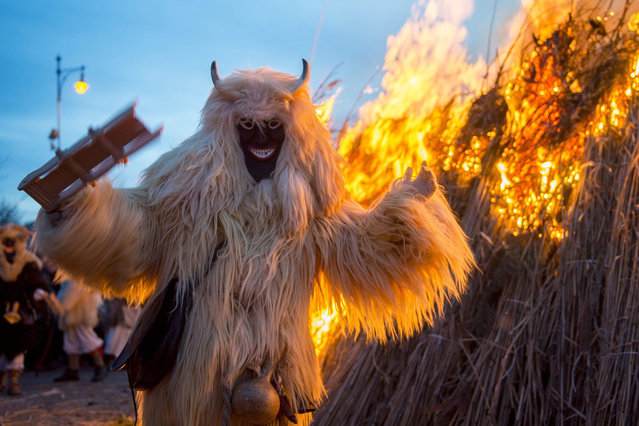 A reveler wearing sheepfur costume is seen in front of a bonfire on which they burn a coffin symbolizing winter during the closing ceremony of the traditional carnival parade in Mohacs, 189 kms south of Budapest, Hungary, 07 February 2016. The carnival parade of people, the so-called busos, dressed in such costumes and frightening wooden masks, using various noisy wooden rattlers is traditionally held on the seventh weekend before Easter to drive away winter, and is a revival of a legend, which says that ethnic Croats ambushed the Osmanli Turkish troops, who escaped in panic seeing the terrifying figures during the Turkish occupation of Hungary. (Photo by Tamas Soki/EPA)
Details
09 Feb 2016 14:02:00,post received 0 comments
Fact The Day in Photos – September 9, 2020 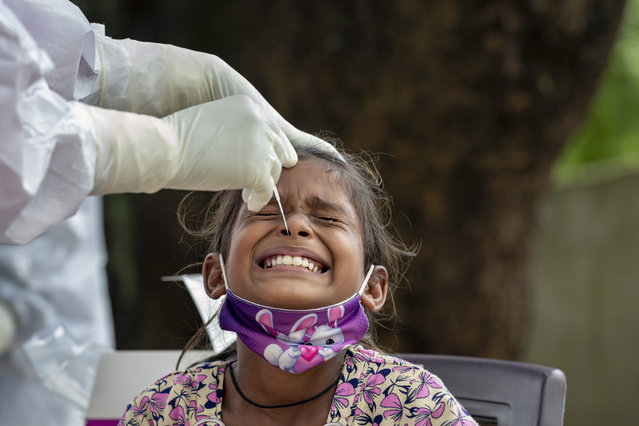 An Indian girl cries as a medical worker collect her swab sample for COVID-19 test at a rural health center in Bagli, outskirts of Dharmsala, India, Monday, September 7, 2020. India's coronavirus cases are now the second-highest in the world and only behind the United States. (Photo by Ashwini Bhatia/AP Photo)
Details
09 Sep 2020 00:07:00,post received 0 comments
Fact The Day in Photos – October 9, 2020 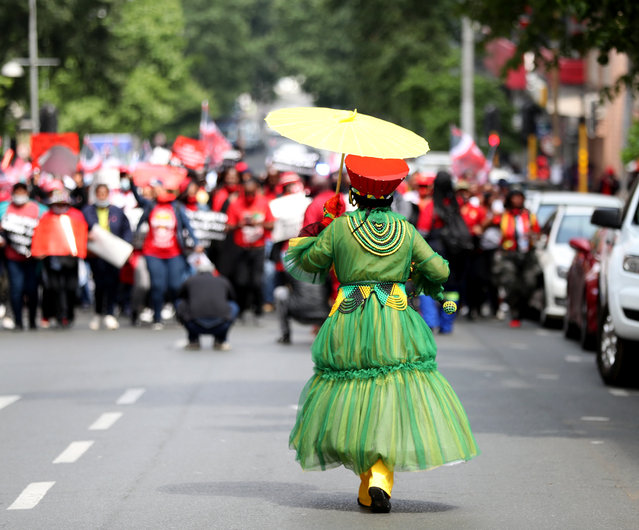 A Member of the Congress of South African Trade Unions (COSATU) joins other strikers as they take part in a nationwide strike over issues including corruption and job losses outside parliament in Johannesburg, South Africa, October 7, 2020. (Photo by Siphiwe Sibeko/Reuters)
Details
09 Oct 2020 00:07:00,post received 0 comments
Fact The Day in Photos – August 9, 2016 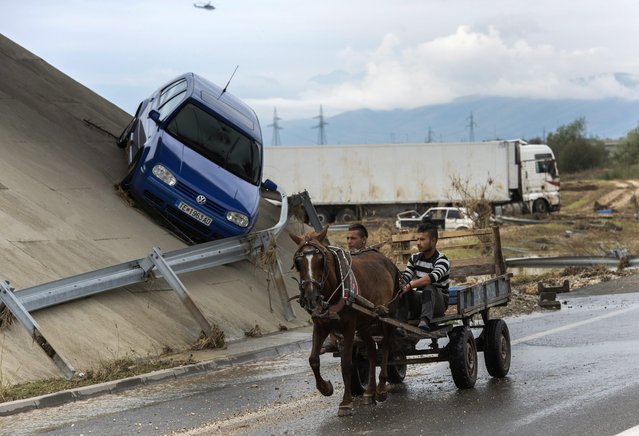 A damaged vehicle is seen next to the ring road, around Skopje, near the village of Stajkovci, Skopje, The Former Yugoslav Republic of Macedonia, 08 August 2016. At least 21 people have died and more than 100 are injured in the heavy rain storm that hit the Macedonian capital Skopje late Saturday night causing severe damage to the roads and house infrastructure. More than 80 vehicles were hit by landslides at Skopje's ring road. The highway remains closed. The government announced a 15-day state of emergency in the Skopje and Tetovo region. (Photo by Georgi Licovski/EPA)
Details
09 Aug 2016 13:00:00,post received 0 comments
Fact The Day in Photos – July 9, 2015 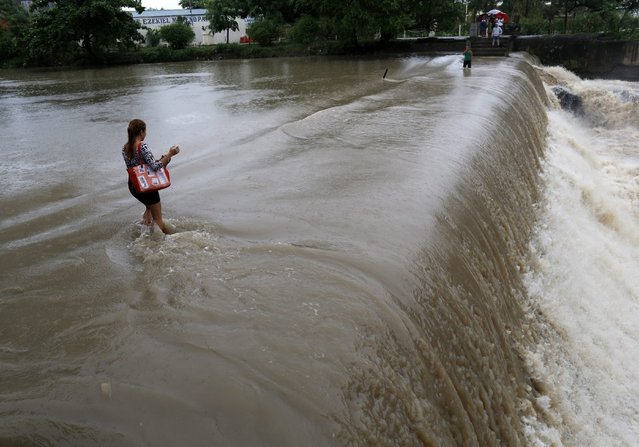 Filipinos cross a swelling river in Las Pinas city, south of Manila, Philippines, 09 July 2015. According to the Philippines State weather forecast, heavy rainfall is expected in Metro Manila and nearby provinces due to an enhanced Southwest Monsoon and Tropical Storm Linfa, Typhoon Chan-hom and Typhoon Nangka which are lining up across the Pacific Ocean. (Photo by Francis R. Malasig/EPA)
Details
10 Jul 2015 12:52:00,post received 0 comments
Popular tags:
All tags
Last searches: