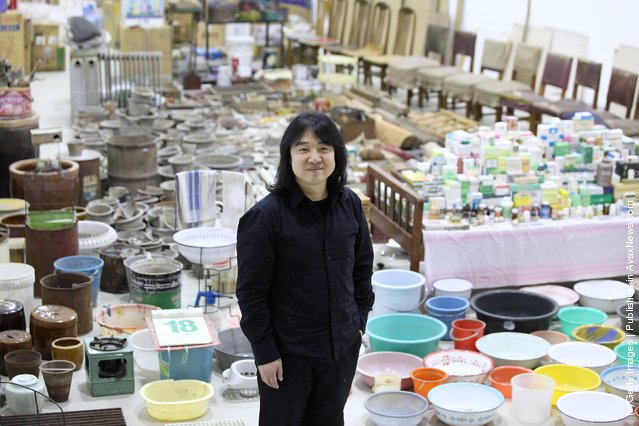 Chinese artist Song Dong stands in his installation entitled “Waste Not” in The Curve at the Barbican Art Gallery on February 14, 2012 in London, England. Waste Not comprises over 10,000 objects collected by Song Dong's mother over a period of 5 decades. The installation is Song Dong's first major solo exhibition in the UK and opens to the general public on February 15, 2012. (Photo by Oli Scarff/Getty Images)
Details
15 Feb 2012 10:42:00,post received 0 comments
Fact Thousands March for Change in Venezuela 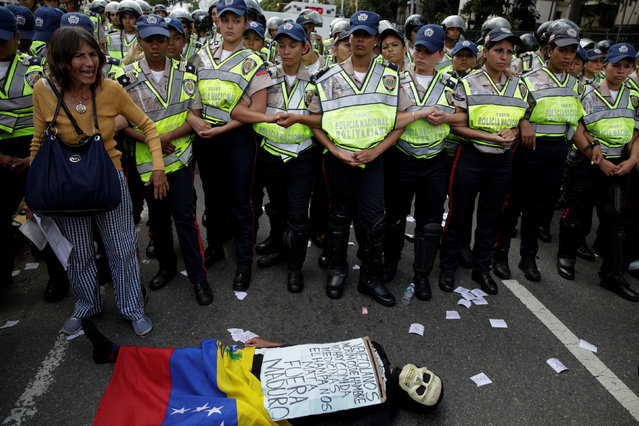 An opposition supporter wearing a costume lies on the ground in front of riot police during a rally against Venezuelan President Nicolas Maduro's government and to commemorate the 59th anniversary of the end of the dictatorship of Marcos Perez Jimenez in Caracas, Venezuela January 23, 2017. The sign reads “Venezuelans starve. There is no food or medicine. The underworld kills us. Get out Maduro”. (Photo by Marco Bello/Reuters)
Details
25 Jan 2017 11:18:00,post received 0 comments
Fact Thousands Evacuated in California 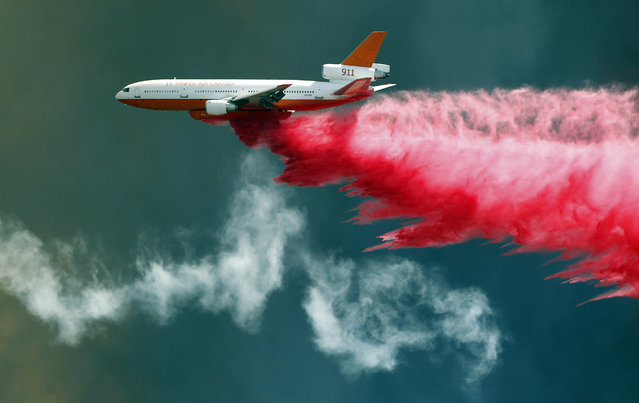 A DC-10 air tanker delivers flame retardant to the Blue Cut fire in Wrightwood, Calif., Wednesday, August 17, 2016. A wildfire with a ferocity never seen before by veteran California firefighters raced up and down canyon hillsides, instantly engulfing homes and forcing thousands of people to flee, some running for their lives just ahead of the flames. (Photo by Alex Gallardo/AP Photo)
Details
18 Aug 2016 11:20:00,post received 0 comments
Fact Thousands of Crocodiles Escape From Farm 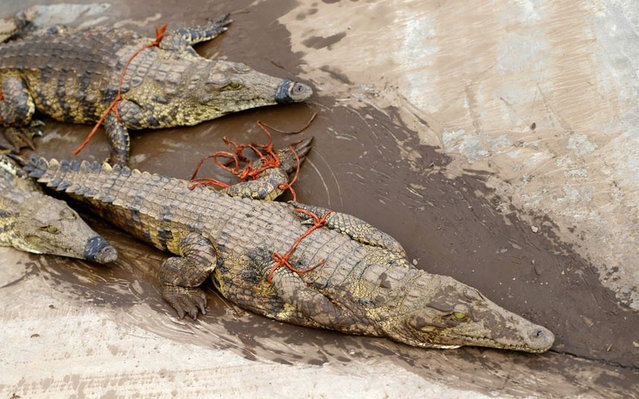 Limpopo - Around 15 000 crocodiles escaped from the Rakwena Crocodile Farm into the Limpopo River during flooding in the past week, it was reported on Thursday.
Details
01 Feb 2013 14:10:00,post received 0 comments
Fact Thousands Rally in Russia for “Bolotnaya” Prisoners 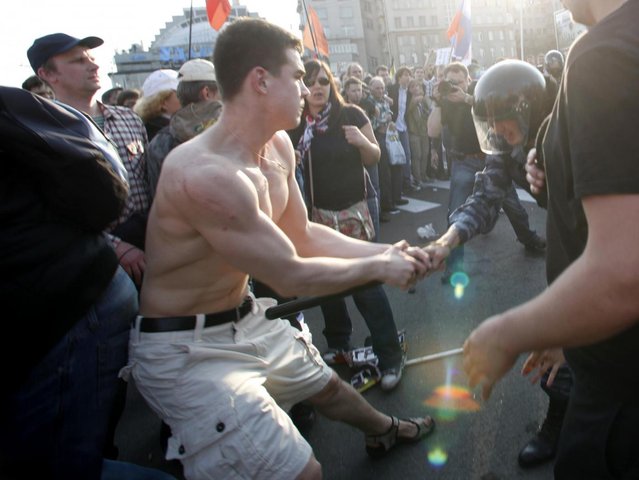 In this photo taken Sunday, May 6, 2012, Denis Lutskevich, left, is detained by police during an opposition rally in Bolotnaya Square in Moscow. The former naval cadet and first-year student, 21-year-old Lutskevich was attending his first protest when he was detained, and is still in prison Monday May 6, 2013, on the first year anniversary of the protest. (Photo by Pavel Golovkin/AP Photo)
Details
07 May 2013 07:41:00,post received 0 comments
Sad Thousands Evacuated in Chile Forest Fire 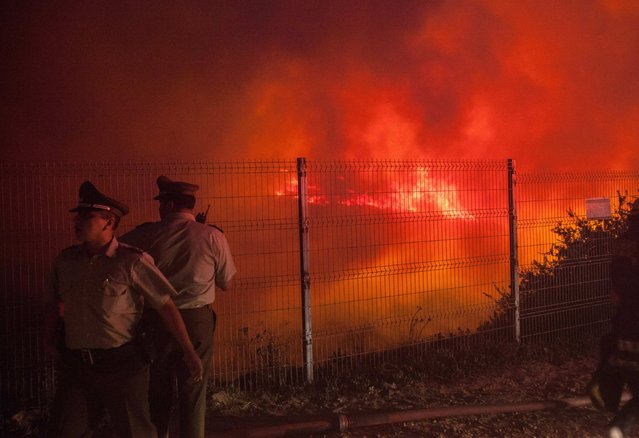 Police officers standby while a forest fire burns the hills of Valparaiso city, northwest of Santiago, March 13, 2015. Several hectares of land has been burned due to forest fires near Valparaiso city, with no report of deaths or injuries, local authorities said. (Photo by Lucas Galvez/Reuters)
Details
16 Mar 2015 10:10:00,post received 0 comments
Fact Thousands of Starlings Descend on Rigg, Scotland 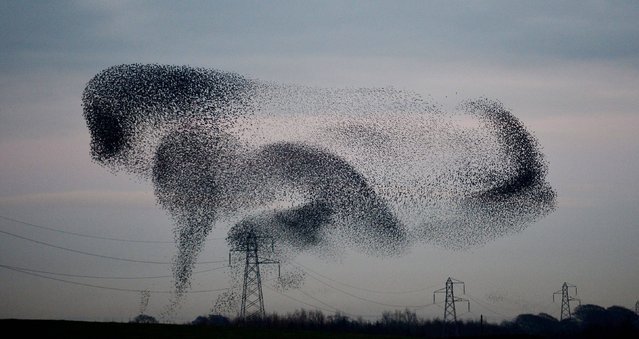 A murmuration of starlings above the the small village of Rigg, near Gretna, in the Scottish Borders, on November 25, 2013. The weight of the resting birds on power lines caused some power localised power outages in the village. Still one of the commonest of garden birds, its decline elsewhere puts it on the Red List of endangered species. (Photo by Owen Humphreys/PA Wire)
Details
27 Nov 2013 11:00:00,post received 0 comments
Fact Thousands of birds take flight for the “Snettisham Spectacular” 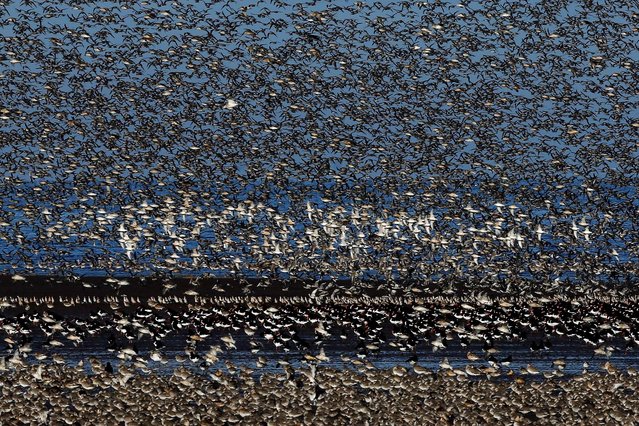 “The RSPB’s Snettisham Nature Reserve lies on the edge of The Wash, one of the most important bird estuaries in the United Kingdom. The Wash, on England’s east coast, supports over 300,000 birds, and Snettisham sometimes holds more than a third of them”. – The Palm Beach Post. Photo: Waders flock together seeking new feeding grounds during the incoming tide. (Photo by Dan Kitwood/Getty Images via The Palm Beach Post)
Details
11 Sep 2013 11:18:00,post received 0 comments
Popular tags:
All tags
Last searches: