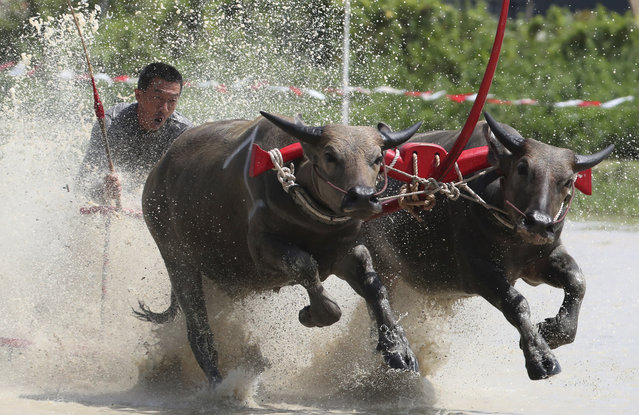 A Thai farmer controlling a pair of buffaloes competes in the flooded field during the annual Wooden Plow Buffalo Race in Chonburi Province, southeast of Bangkok, Thailand, Saturday, July 13, 2019. The farmers are celebrating the start of the sowing season by racing the buffaloes whose usual duty is to plow field. (Photo by Sakchai Lalit/AP Photo)
Details
15 Jul 2019 00:05:00,post received 0 comments
Fact Pchum Ben Festival in Cambodia 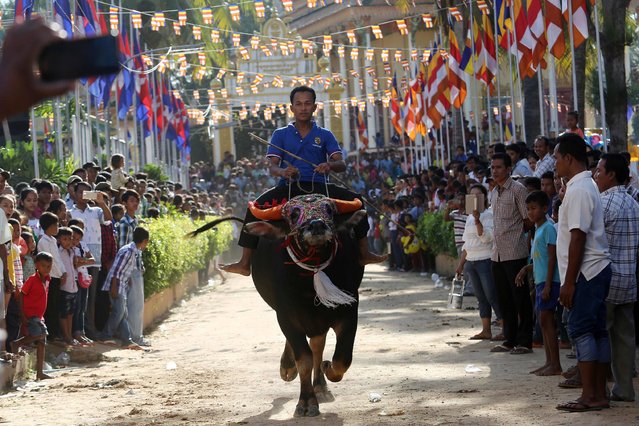 A Cambodian villager rides a buffalo during the Pchum Ben festival, the festival of death, at Vihear Suor village in Kandal province on October 1, 2016. Thousands of Cambodians descended on the small village northeast of the capital on October 1 to cheer on the annual water buffalo race that marks the end of the 15-day festival for the dead. (Photo by Chor Sokunthea/AFP Photo)
Details
03 Oct 2016 09:25:00,post received 0 comments
Fact Buffalo Races in Thailand 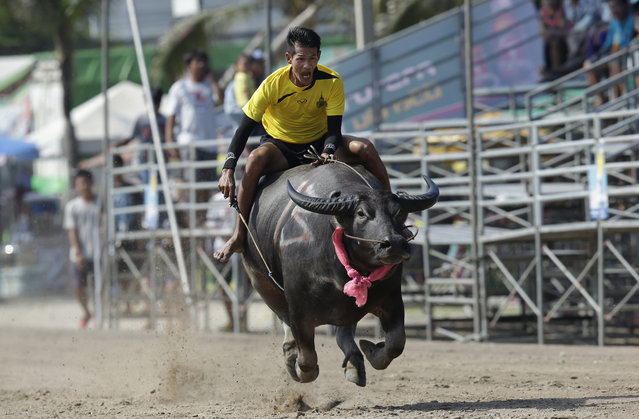 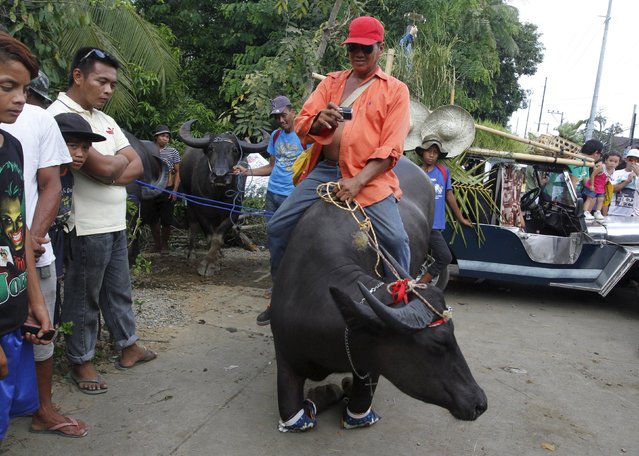 A farmer uses a GoPro as he takes a picture of his carabao kneeling during the annual Carabao Festival in Pulilan, Bulacan in northern Philippines May 14, 2015. Water buffalos, locally known as carabaos, are led during a parade in the streets of the town to honour its patron saint San isidro Labrador, and carabaos will kneel in front of the church to give thanks for a year-long bountiful harvest. (Photo by Lorgina Minguito/Reuters)
Details
15 May 2015 10:30:00,post received 0 comments
Fact A Elephant Calf vs Buffalo Bull in South Africa 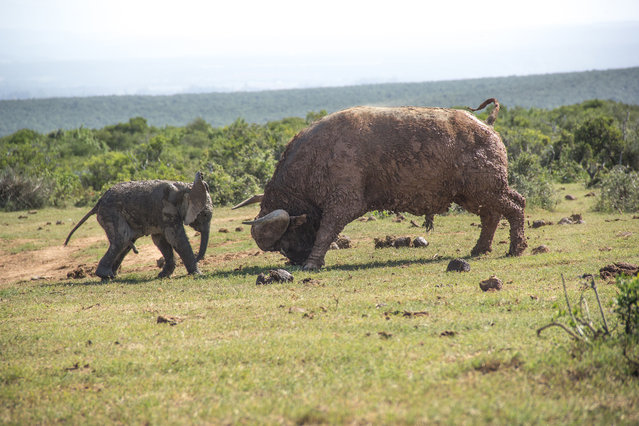 The buffalo bull charges, on March 23, 2014, in Addo Elephant National Park, South Africa. A young elephant calf tried to attack an old buffalo bull and was taught a lesson it will never forget. The calf was with its herd at a watering hold Addo Elephant National park, South Africa, when the buffalo ventured towards the water. The elephant ran towards the buffalo but the larger animal picked up the young calf and tossed it four metres in the air. Luckily, the elephant was not hurt, but its pride was seriously injured. (Photo by Conrad Cramer/Barcroft Media)
Details
29 Aug 2014 11:30:00,post received 0 comments
Wow Buffalo vs Lions 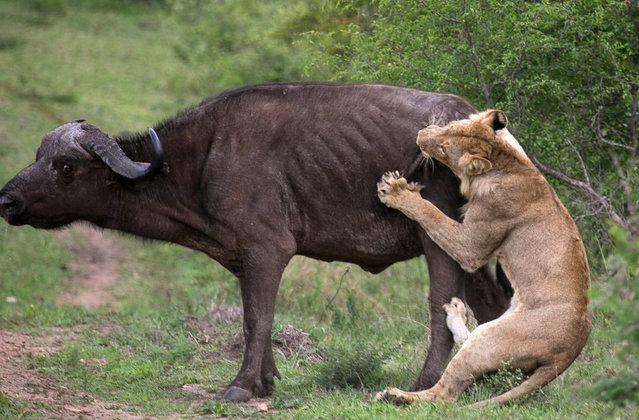 A buffalo was on the verge of becoming dinner for a pride of lions… before his best friend stepped in. Usually, this kind of scene in South Africa ends with a tasty buffalo steak for the lions, but not this time. Just when an attacking lion thought he had the upper-hand, he got a bit of a (hilarious) surprise.
Details
13 Jan 2014 10:35:00,post received 0 comments
Touching Competitors Gather for the Traditional Water Buffalo Race 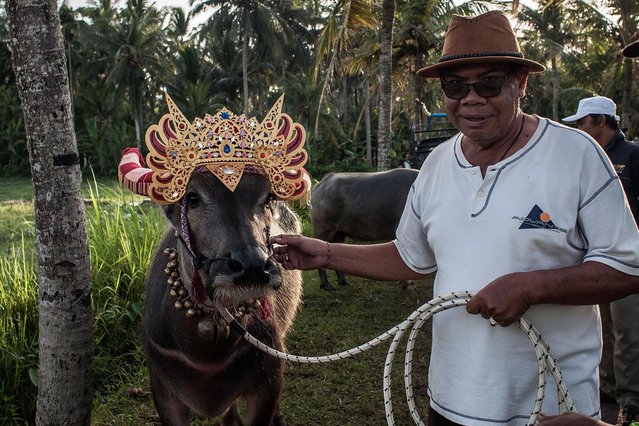 A man poses with his water buffalo during “Mekepung” traditional water buffalo race on July 28, 2013 in Jembrana, Bali, Indonesia. Meaning “to chase around”, Mekepung was originally designed as a fun game for peasants to spend their free time when the harvest time was ended, as they were waiting for the start of the planting season. (Photo by Putu Sayoga)
Details
04 Aug 2013 09:13:00,post received 0 comments
Touching Rice Fields 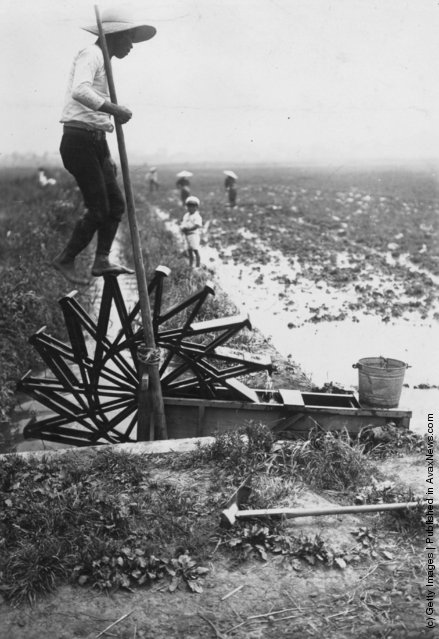