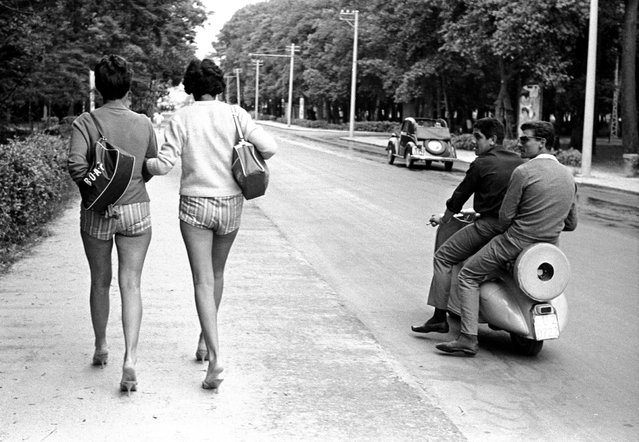 The “Paolo Di Paolo: Lost World” exhibition presents more than 250 largely unseen images from the photographer’s archive. Di Paolo chronicled life in his country as an economic boom followed the destruction of the second world war. Although those were the years of la dolce vita he was an anti-paparazzo – he shunned the salacious and respected his subjects. The exhibition is at MAXXI, the National Museum of 21st Century Arts in Rome until 30 June. Here: Viareggio in 1959. (Photo by Paolo Di Paolo/National Museum of 21st Century Arts)
Details
01 May 2019 00:03:00,post received 0 comments
Publication archive:
←   →
Popular tags:
All tags
Last searches: