Charming Stunning Photos of Volcanic Lightning
Martin Rietze is a “volcano-chaser”, a particular breed of photographer who takes big risks for big shots. He was able to capture destructive and beautiful forces of nature at work on a trip to Japan in February 2013. His photos show the Sakurajima Volcano, an active volcanic who's record-breaking 1914 eruption sent lava flows across the island.

After hours of silence, a lightning storm exploded above the volcano, Rietze notes on his website. During the 20-second storm, where bolts of lightning froze molten lava into dangerous lava bombs, Rietze snapped these fire and brimstone images and made a quick get-away.

“If fitted with a proper gas mask, helmet and protective clothing, you can stand a few dozen feet away from boiling lava lakes. It is an experience you will never forget”, Rietze told in an interview. 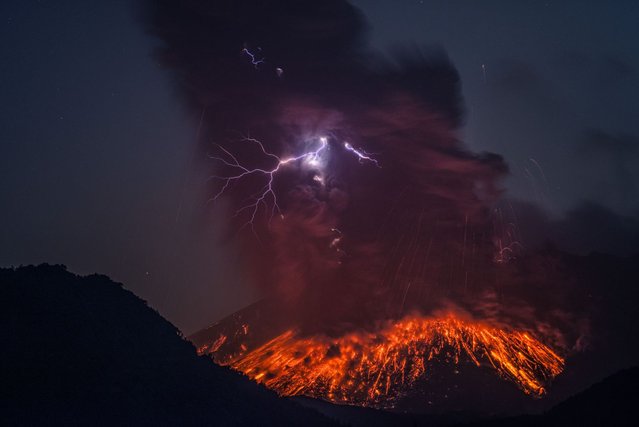 Lightning can be seen emerging through the lava eruption. Images were captured on February, 24 2013, around 4.50am, 3-4km east of the volcano in the Kaghoshima area of South Japan. (Photo by Martin Rietze/Guzelian) 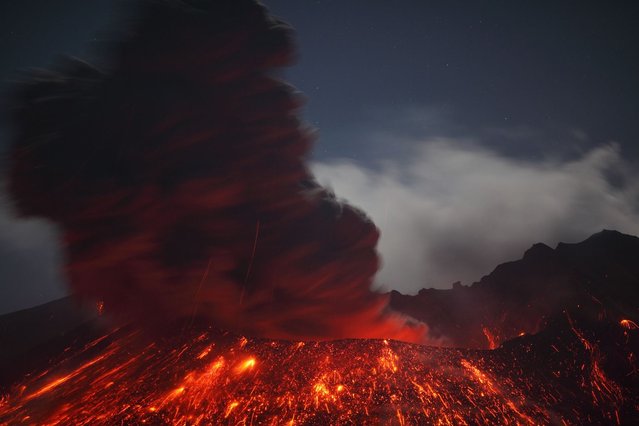 Sakurajima Volcano in Japan. These lightstorm images were caught up close by photographer Martin Rietze who hunts out this exploding phemomena in active volcanoes across the world. (Photo by Martin Rietze/Guzelian) 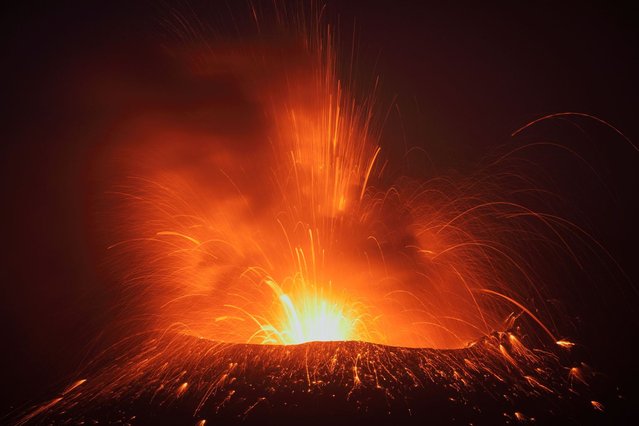 The dangers of getting up close to Earth’s greatest fiery spectacles don’t phase Rietze, who likens his profession to an extreme sport. “I have had fewer mishaps chasing eruptions than when mountain climbing”. (Photo by Martin Rietze/Guzelian) 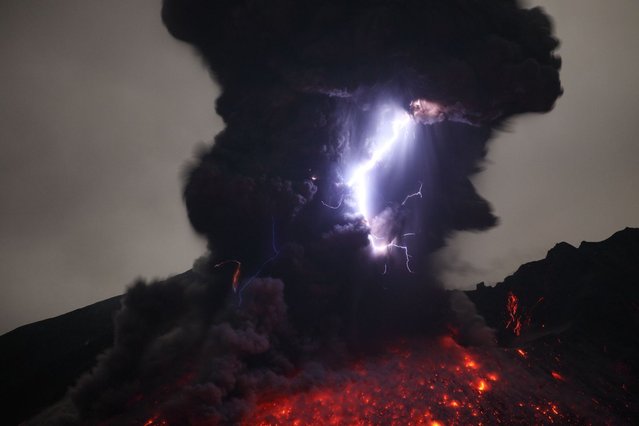 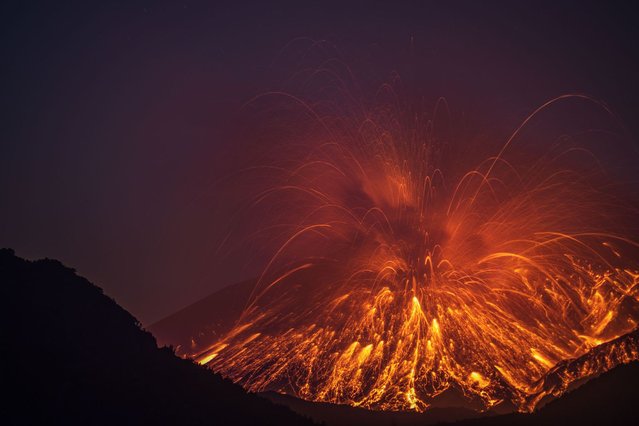 When gas and magma builds up under the surface it eventually erupts above the surface through this gap, spewing rocks, lava and ash. The lava can reach 1,250c and burn everything in its path. (Photo by Martin Rietze/Guzelian) 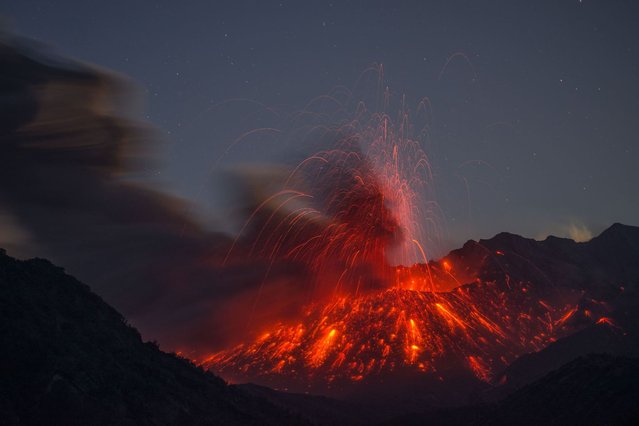 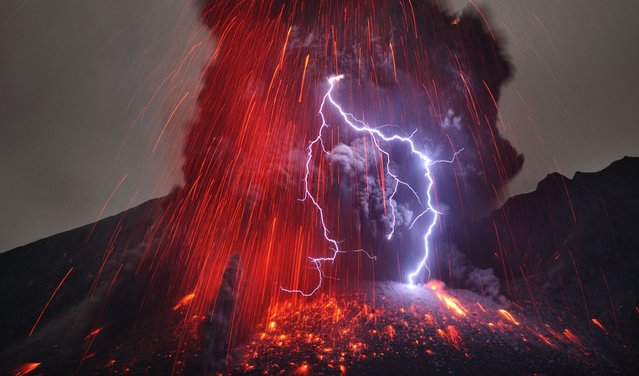 Lightning only ever strikes a volcanic eruption during heavy “vulcanian” or “plinian” explosions when the amount of red lava is very low. (Photo by Martin Rietze/Guzelian) 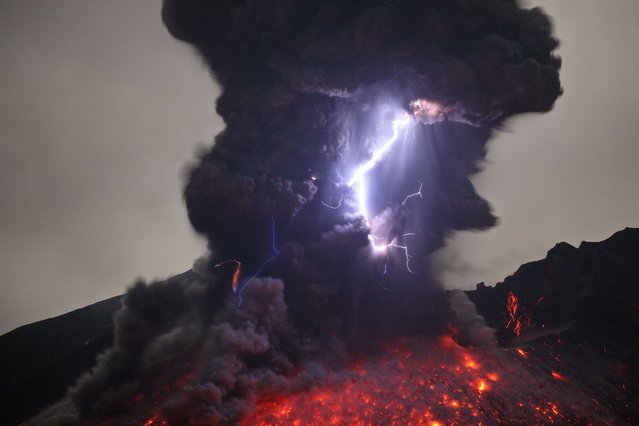 These flows are currents of hot gas and rock that reach temperatures of 1,000C and travel up to 500mph. However, “red volcanoes” create meandering lava flows and pyrotechnic displays that can be viewed from relatively nearby. The magma wells up to form new land in the sea, such as Kilauea on Hawaii. “Here it is possible to have virtual contact with the volcano,” Rietze said. (Photo by Martin Rietze/Guzelian)
Edit Del
08 Apr 2013 10:49:00, post received 0 comments
Publication archive:
←   →
Popular tags:
All tags
Last searches: