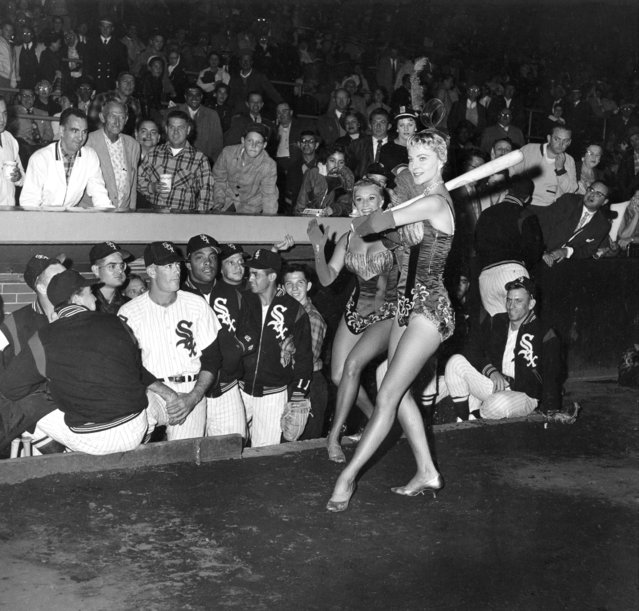 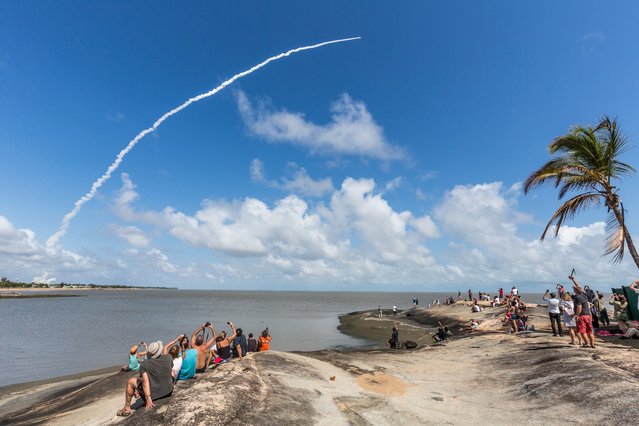 People take photos as an Ariane 5 space rocket with a payload of four Galileo satellites lifts off from ESA's European Spaceport in Kourou, French Guiana, on November 17, 2016. Ariane 5 successfully launched on November 17 four satellites which will be part of the Galileo global satellite navigation system. (Photo by Jody Amiet/AFP Photo)
Details
18 Nov 2016 15:38:00,post received 0 comments
Fact The Day in Photos – May 18, 2016 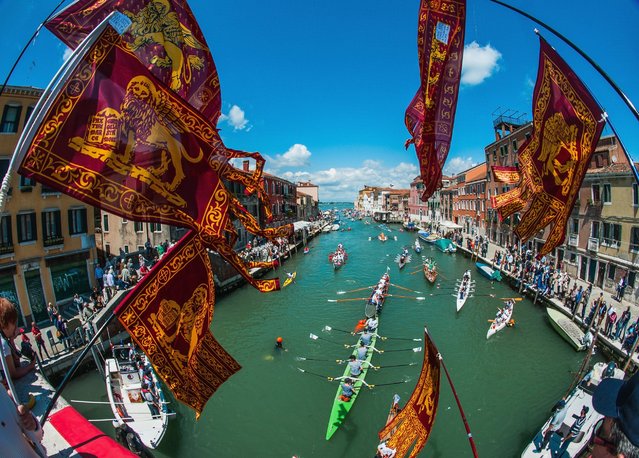 Rowers enter in Canaregio river during the 42nd Venice Vogalonga on May 15, 2016 in Venice, Italy. 42 years ago a group of Venetians, both amateur and professional rowers, came up with an idea of non-competitive race in which any kind of rowing boat can take part. The first Vogalonga began with the message to protest against the growing use of powerboats in Venice and the swell damage they do to the historic city. (Photo by Awakening/Getty Images)
Details
18 May 2016 14:41:00,post received 0 comments
Fact The Day in Photos – August 18, 2016 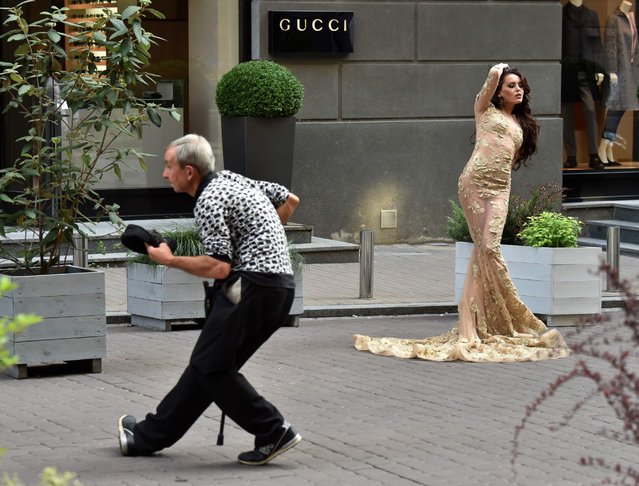 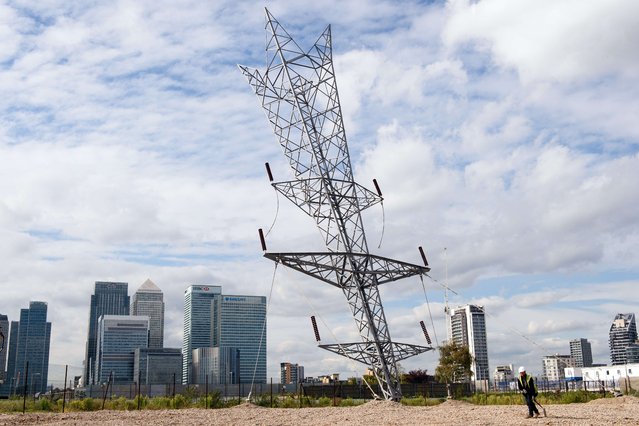 A workman smooths out the gravel near the base of British artist Alex Chinneck' latest sculpture “A bullet from a shooting star” on the Greenwich Peninsula in London on September 17, 2015. The 35-metre tall, upside-down electricity pylon overlooks the Canary Wharf financial district. (Photo by Leon Neal/AFP Photo)
Details
19 Sep 2015 13:02:00,post received 0 comments
Fact The Day in Photos – May 18, 2017 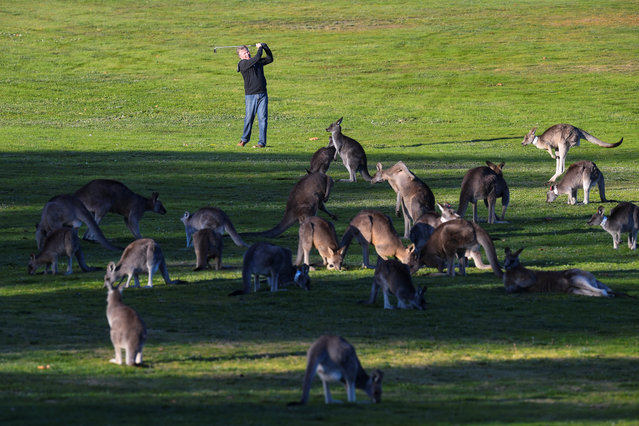 Canberra resident Bruce Gibbons is seen surrounded by grazing kangaroos as he plays a shot during a session on a practice fairway at Gold Creek Golf Club in Canberra, Australia, May 16, 2017. (Photo by Lukas Coch/Reuters/AAP)
Details
18 May 2017 09:08:00,post received 0 comments
Fact The Day in Photos – June 18, 2017 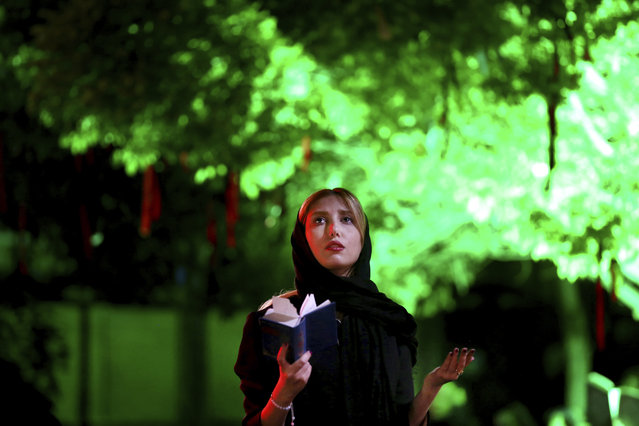 An Iranian Shiite Muslim prays in Laylat al-Qadr, or the night of destiny, during holy fasting month of Ramadan after midnight, in central Tehran, Iran, early Sunday, June 18, 2017. Laylat al-Qadr is the night when Muslims believe the Quran was first revealed to prophet Muhammad. Worshipers gather in religious ceremonies to pray, ask forgiveness and make wishes on one of the most important nights of the Islamic calendar. Shiite Muslims, the vast majority of Iranians, believe the night happens either on 19th, 21st or 23rd of the holy month of Ramadan. (Photo by Ebrahim Noroozi/AP Photo)
Details
18 Jun 2017 03:43:00,post received 0 comments
Fact The Day in Photos – November 18, 2017 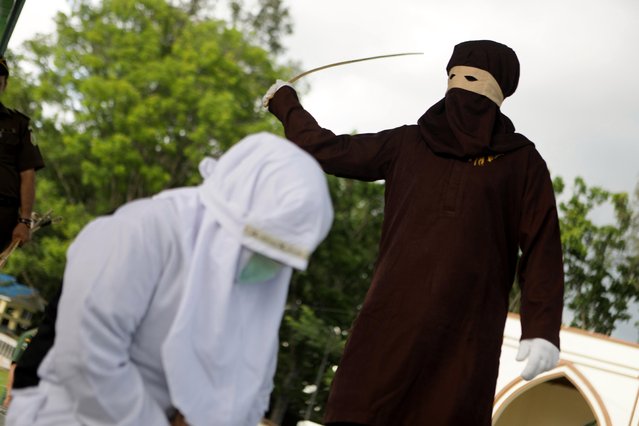