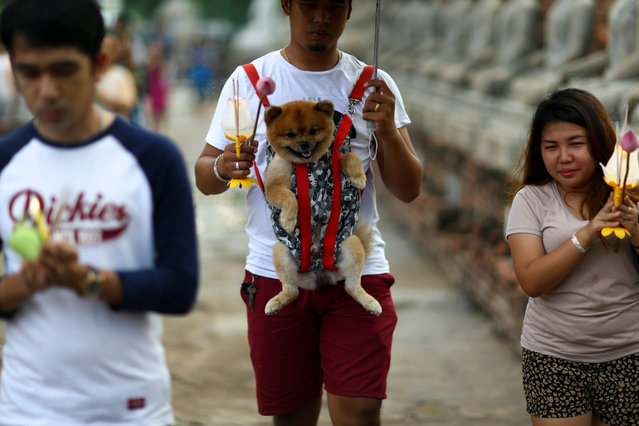 A man carries his dog as he prays during Vesak Day, an annual celebration of Buddha's birth, enlightenment and death, at Wat Yai Chai Mongkhon temple in Ayutthaya, Thailand, May 10, 2017. (Photo by Athit Perawongmetha/Reuters)
Details
11 May 2017 07:12:00,post received 0 comments
Fact End of Life in Japan

Noriaki Iwashima gestures as he lies in a coffin to try it out during an end-of-life seminar held by Japan's largest retailer Aeon Co in Tokyo October 24, 2014. Funeral arrangements are normally left to those who have been left behind but the latest trend in Japan, which literally translates to “End of life” preparations, is for the ageing to prepare their own funerals and graves before they set off on their journey to the great beyond. With a population that is expected to shrink by nearly 30 million people over the next 50 years, the market for funerals, graves and anything related to the afterlife is still very much alive. (Photo by Toru Hanai/Reuters)
Details
10 Nov 2014 13:48:00,post received 0 comments
Touching Indonesian Buddhists Celebrate the Vesak Holiday 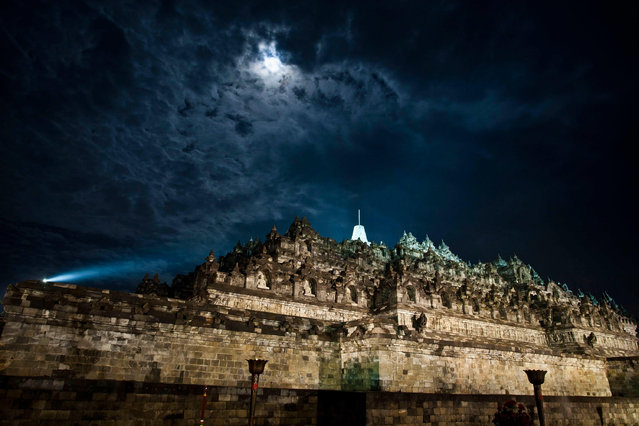 The Borobudur temple seen illuminated during Vesak Day, commonly known as “Buddha's birthday”, at the Borobudur Mahayana Buddhist monument on May 6, 2012 in Magelang, Indonesia. Buddhists in Indonesia celebrate Vesak at the Borobudur temple annually, which makes it the most visited tourist attraction in Indonesia. Vesak is observed during the full moon in May or June and the ceremony centers around three Buddhist temples, whereby pilgrims walk from Mendut to Pawon, ending at Borobudur. The stages of life of Buddhism's founder, Gautama Buddha, which are celebrated at Vesak are his birth, enlightenment to Nirvana, and his passing. (Photo by Ulet Ifansasti/Getty Images)
Details
15 May 2014 08:37:00,post received 0 comments
Fact Buddha’s Birthday 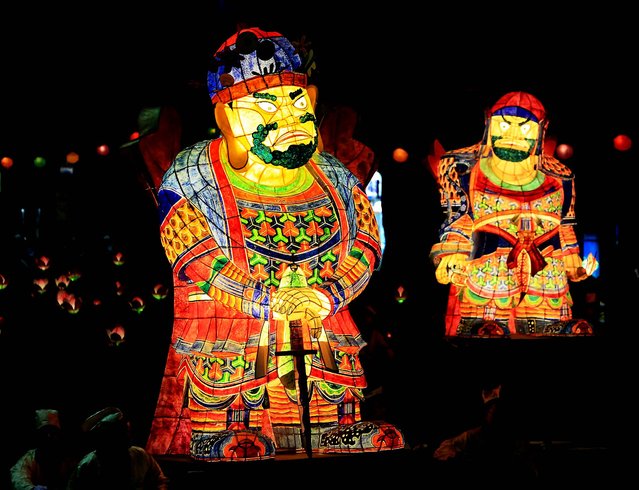 The Lantern Festival in Seoul, South Korea, celebrates Buddha’s birthday. Buddha was born approximately 2,557 years ago; the exact date is unknown, but Buddha’s official birthday is celebrated on the full moon in May in South Korea, which is May 17 this year. Photo: Buddhists march on the street as they prepare for the buddha's birthday in Seoul. (Photo by Chung Sung-Jun)
Details
13 May 2013 11:14:00,post received 0 comments
Charming Wang Zi Won’s Mechanical Buddhas 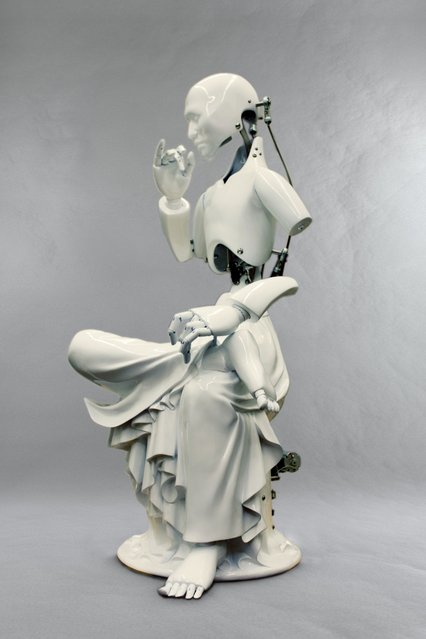 South Korean artist Wang Zi Won creates enlightened robots, including the Buddha and an idealized mechanical doll based upon himself, as a guidepost for a future in which technology lead to self-actualization.
Humans will evolve and adapt themselves to enhanced science and technology just as men and animals in the past evolved to adapt themselves to their natural circumstances. The artist sees this as our destiny, not as a negative, gloomy dystopia.
Details
22 Mar 2013 12:02:00,post received 0 comments
Fact Buddha Statue In Leshan 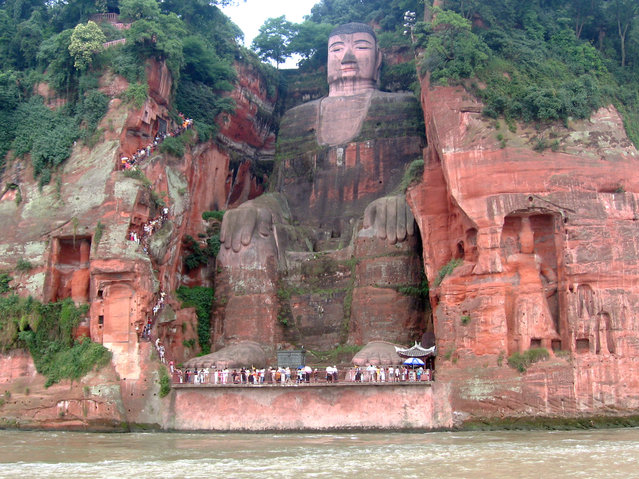 The Leshan Giant Buddha was built during the Tang Dynasty (618–907AD). It is carved out of a cliff face that lies at the confluence of the Minjiang, Dadu and Qingyi rivers in the southern part of Sichuan province in China, near the city of Leshan. The stone sculpture faces Mount Emei, with the rivers flowing below his feet. It is the largest carved stone Buddha in the world[1] and it is by far the tallest pre-modern statue in the world.
Details
14 Jul 2012 04:50:00,post received 0 comments
Fact Indonesia Commemorates Birth Of Buddah 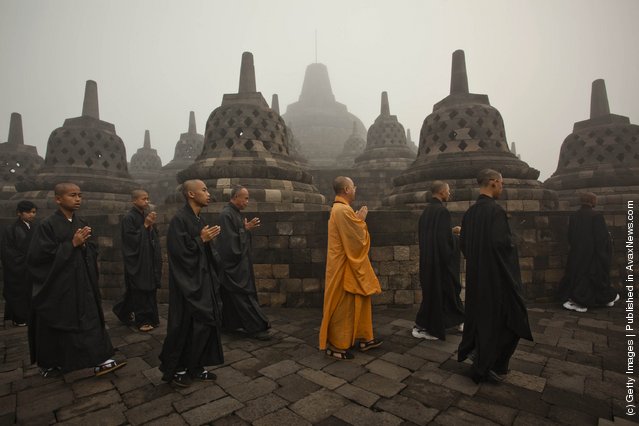