A woman wears roller skates with lights on the bottom at Rich City Skate in Richton Park, Illinois, January 12, 2015. A handful of decades-old skating venues put Chicago at the center of a vibrant African-American subculture of urban roller skate dancing that stretches from Atlanta to Detroit and from Los Angeles to New York. While mainstream roller skating has been on a long decline, a new generation of skaters travel a circuit of rinks around the country to compete and show off their moves. (Photo by Jim Young/Reuters)
Details
05 Feb 2015 13:00:00,post received 0 comments
Wow Old Roller Skate Sandals 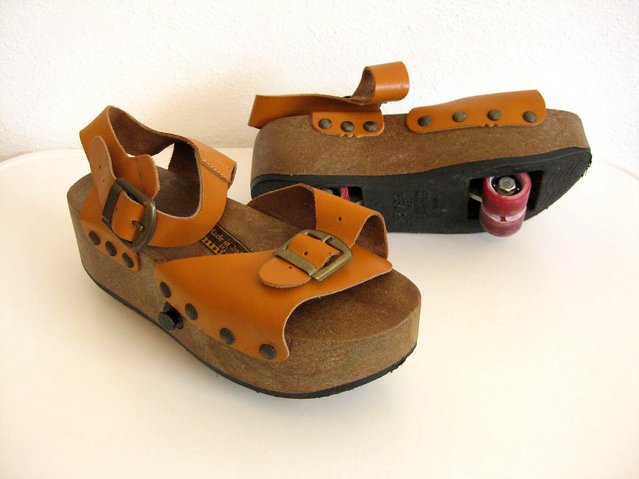 Throughout time, people invented and reinvented rollerblades. Of course everyone’s dream was to combine them with regular footwear, so that at one moment you’re riding down the road, and in 5 seconds you’re walking into a shopping mall, without the mall cop chasing after you. The most resent inventions were heelys (sneakers with a wheel located in the heels) and Xsjados (aggressive skates, the exterior of which could be removed to reveal regular sneakers). In the past, people made similar attempts, however, these inventions were very inefficient and the trend never caught on. Omnia’C has found and made photos of one of such inventions: pop out roller skate sandals all the way from 1970s. Though their design is pretty cool, it seems like they would be very uncomfortable, since they totally lack ankle support.
Details
02 Nov 2014 11:04:00,post received 0 comments
Wow Six-year-old Roller Skater Gagan Satish 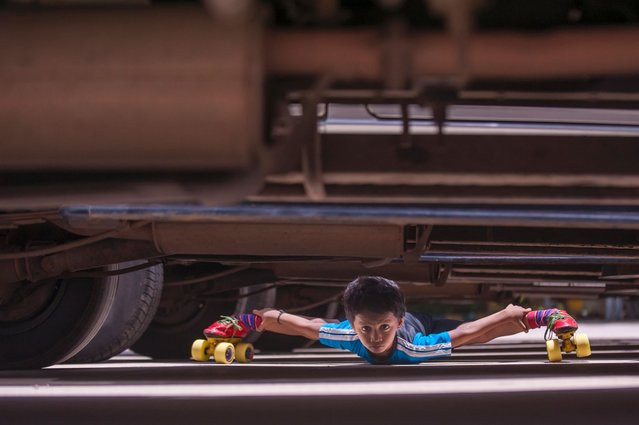