Fact Jet Converted into a Camping 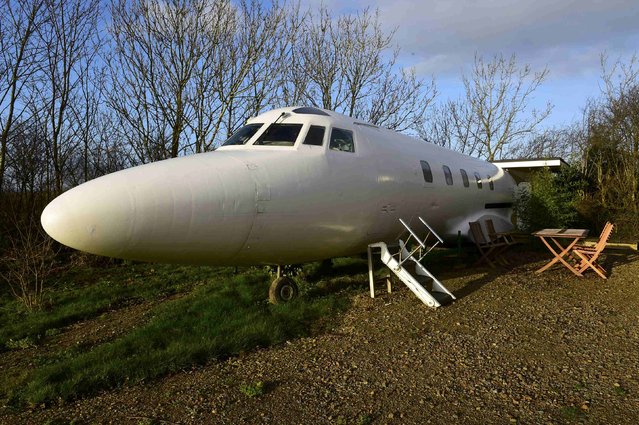 The luxury Jetstar private jet, built in the seventies and retaining most of the original features which is now being used as a holiday let is seen in Redberth, Pembrokeshire, Wales, January 11, 2017. (Photo by Rebecca Naden/Reuters)
Details
12 Jan 2017 11:48:00,post received 0 comments
Fact Antonov Aircraft Plant in Kiev 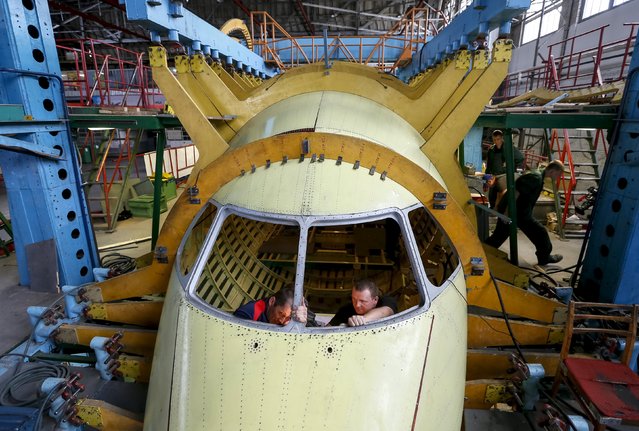 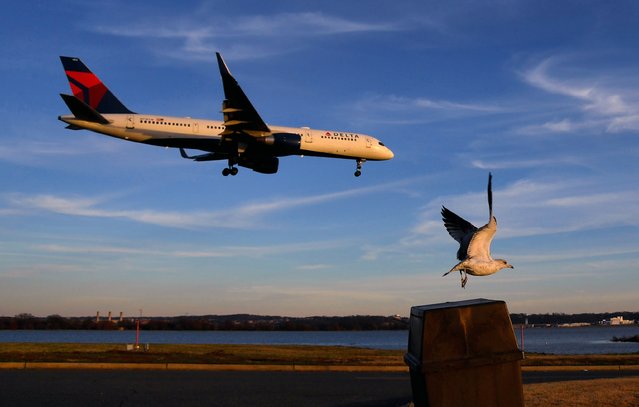 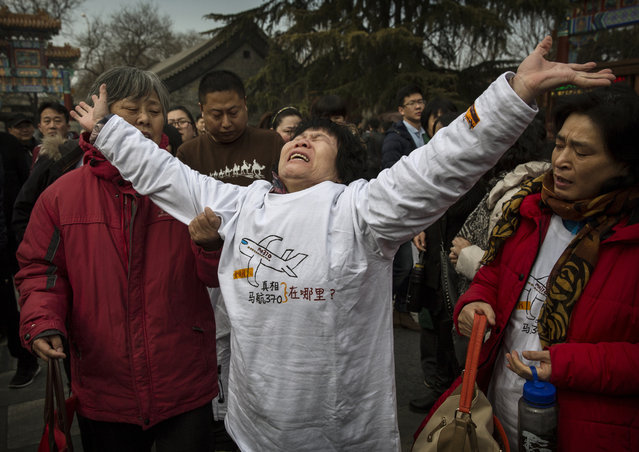 Chinese relative of a missing passenger on Malaysia Airlines flight MH370 reacts as she weeps outside the main gate of the Lama Temple on March 8, 2015 in Beijing, China. Foreign and local media were prevented by Chinese police from covering the relatives visit to the temple where they tried to pray .There were 239 people on board the flight when it disappeared March 8, 2014 en route from Kuala Lumpur to Beijing. After one year and an exhaustive search, investigators still have no clue as to the whereabouts of the missing airliner. (Kevin Frayer/Getty Images)
Details
11 Mar 2015 19:24:00,post received 0 comments
Fact Jet-powered Paint by Tarinan von Anhalt 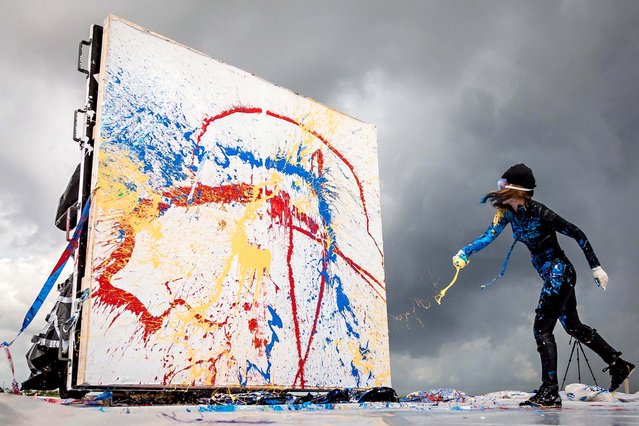 Artist Princess Tarinan von Anhalt throws paint into the flow of air coming from the engine of Flexjet’s Learjet 40 XR engine to create a painting on a canvas at Signature Flight Support in West Palm Beach, Florida. The artist associated with the Jet Art Group used the help of Flexjet and their plane to spray paint on a canvas to create distinctive paintings to celebrate the 50th anniversary of Learjet. (Photo by Thomas Cordy/The Palm Beach Post)
Details
08 May 2013 03:22:00,post received 0 comments
Fact Some Photos: Aircraft 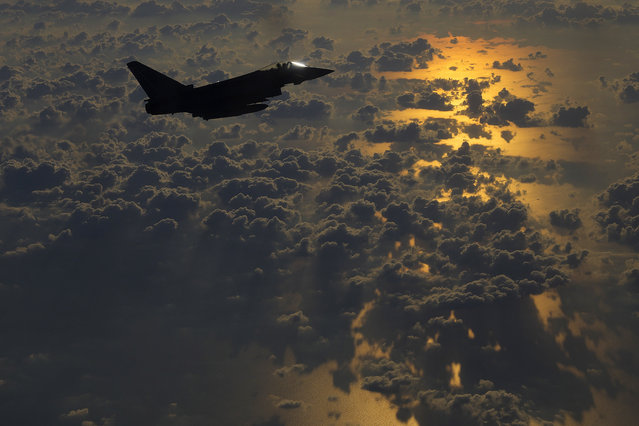 A British RAF Typhoon aircraft escorts a C130 transport plane on its way to Jordan for an airdrop of paratroopers from the U.K.'s 16th Air Assault Brigade as part of an exercise conducted jointly with Jordanian soldiers on Wednesday, June 23, 2021. (Photo by Petros Karadjias/AP Photo)
Details
27 Aug 2021 08:26:00,post received 0 comments
Fact Some Photos: Aircraft 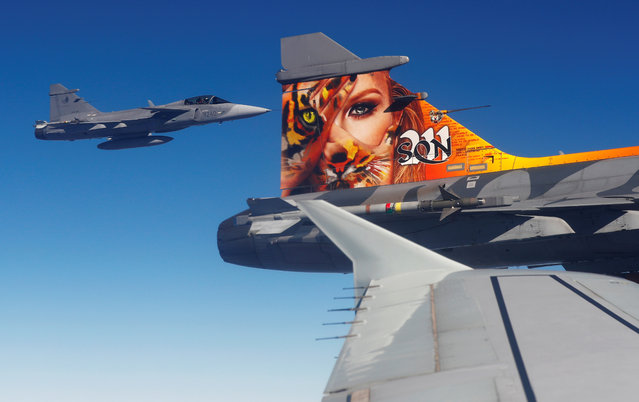 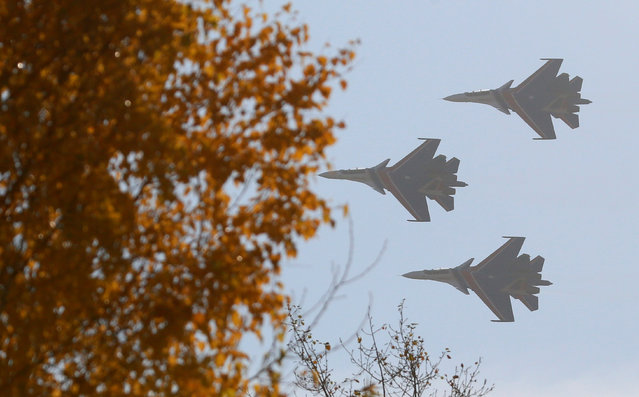