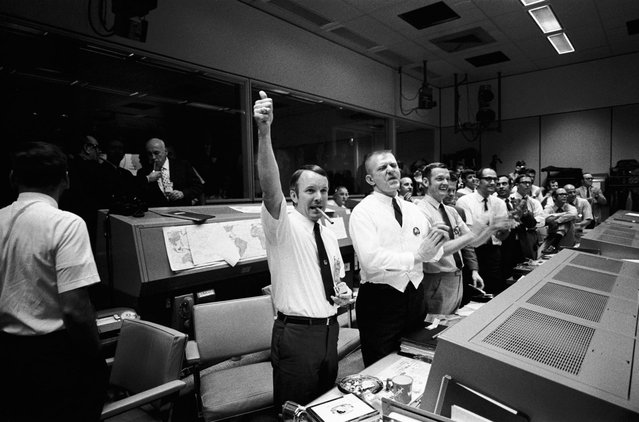 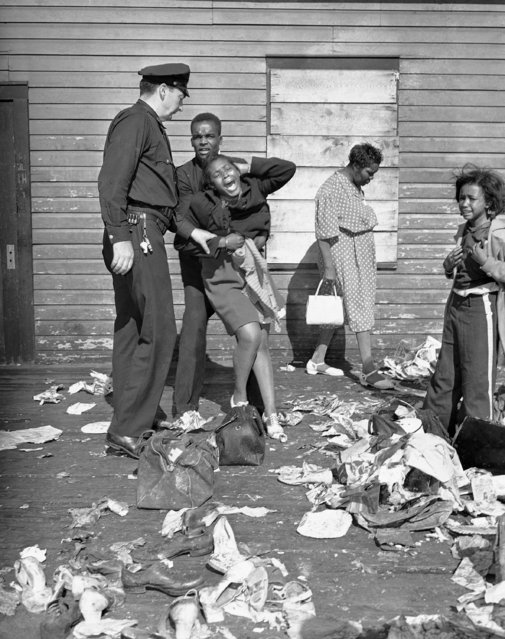 A hysterical woman is aided after she viewed the body of a relative who was trampled to death in a stampede at the 132nd Street pier of the Hudson River, August 17, 1941. The incident occurred when an estimated 10,000 Harlem residents showed up to board a boat for an excursion to Bear Mountain when there were only accommodations for 3,100. (Photo by Murray Becker/AP Photo) 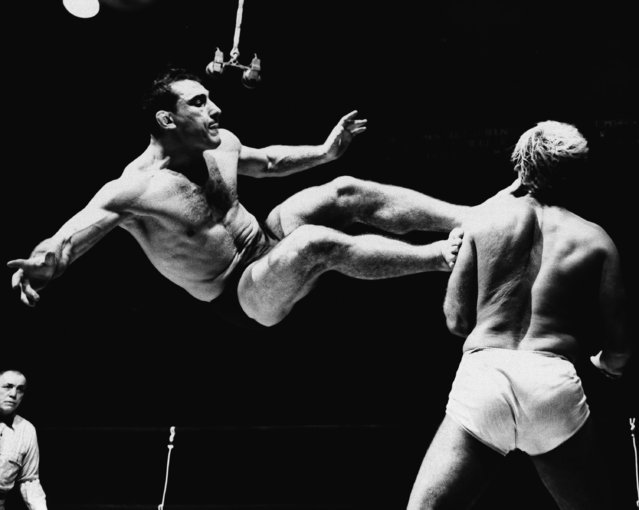 Buenos Aires heavyweight Antonio Rocca bites his tongue as he plants both feet on the shoulder and neck of Gene Stanles in their wrestling exhibition at Madision Square Garden in New York on December 12, 1949. (Photo by AP Photo) 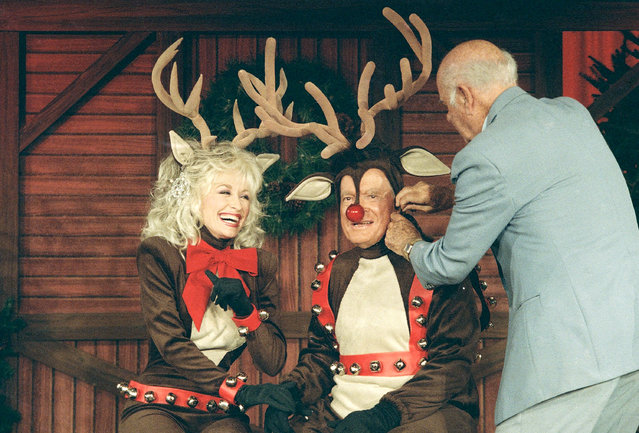 Comedian Bob Hope has his costume adjusted while on the set with entertainer Dolly Parton, Sunday, December 12, 1988 in Miami, Fla. during taping for Bob Hope's Christmas Special aboard the luxury cruise liner Royal Vikings Sun in the Port of Miami. The pair appears in a vignette dressed as reindeer. Hope's Christmas Special will be aired on December 17, on NBC television. (Photo by Kathy Willens/AP Photo) 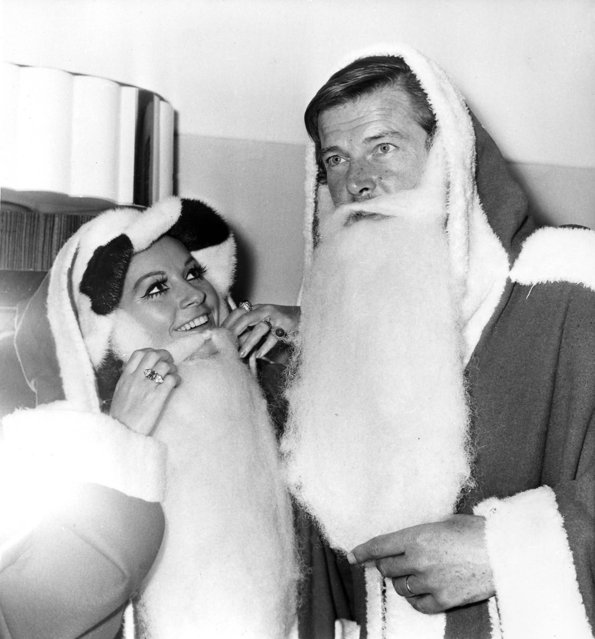 Actors Luisa Mattioli and her husband Roger Moore don “Father Christmas” costumes at the Variety Club of Great Britain's Christmas luncheon at the Savoy Hotel in London, December 9, 1969. They are collecting gifts for sick and deprived children. (Photo by Bob Dear/AP Photo) 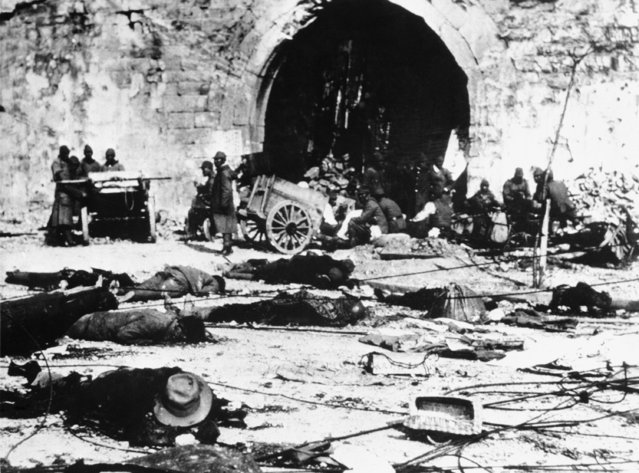 The dead litter the streets in Nanking, China, following the Japanese raid on this city, leaving it in utter devastation, December 14, 1937. (Photo by AP Photo) 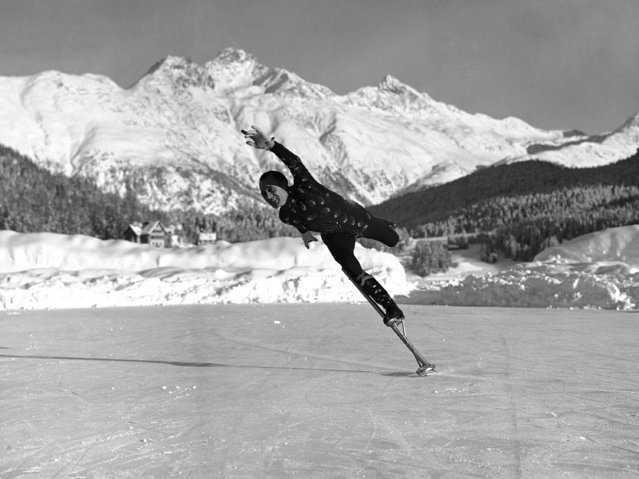 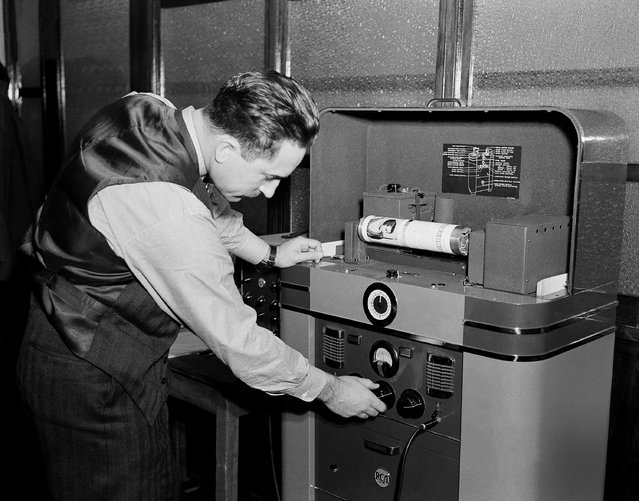 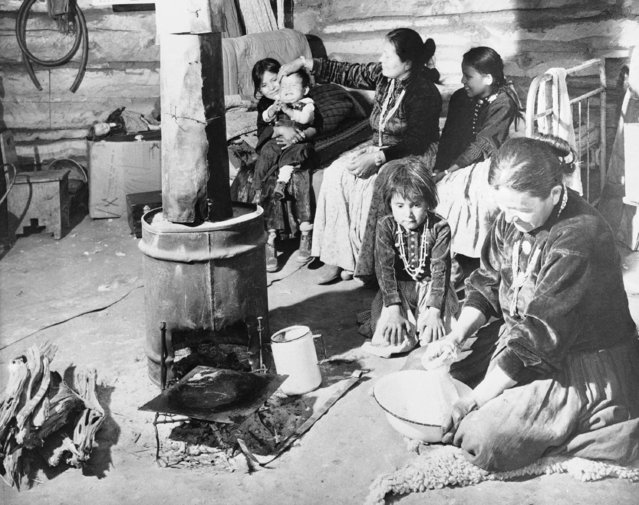 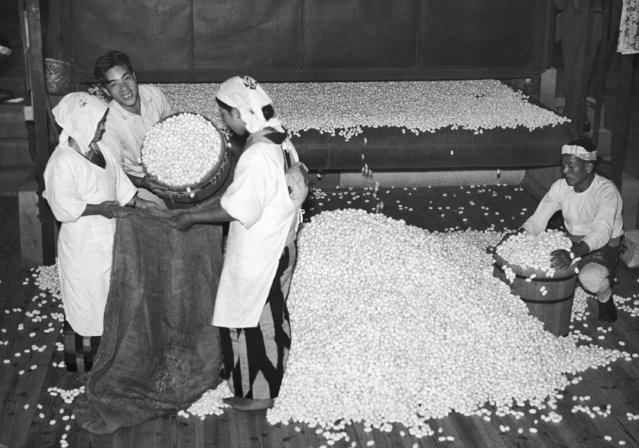 Millions of silkworm cocoons are gathered in the different prefectures and shipped in bags to Japan's many silk-mills, which turn the cocoons out in the form of elegant silk material for the American and other markets, shown June 13, 1937. (Photo by J.A. Mills/AP Photo) 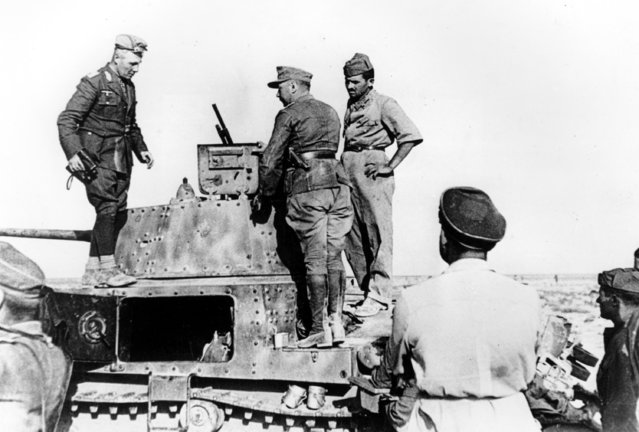 Commander-in-chief of the German Africa Corps. Gen. Erwin Rommel, left, holding binoculars, watches enemy movement from a tank in the foremost lines on the North African Front on June 30, 1941 during World War II. Rommel is surrounded by German and Italian soldiers. (Photo by AP Photo) 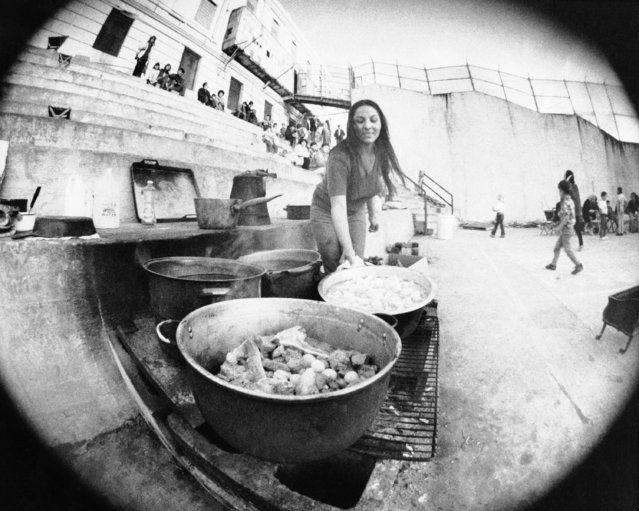 Fisheye view of Lorraine Parrish of Berkeley preparing stew in Alcatraz courtyard in San Francisco, November 30, 1969 as American Indians continue swelling the population of the former federal prison. Newsmen were barred from the Rock as Indians declared a day of relaxation. (Photo by AP Photo) 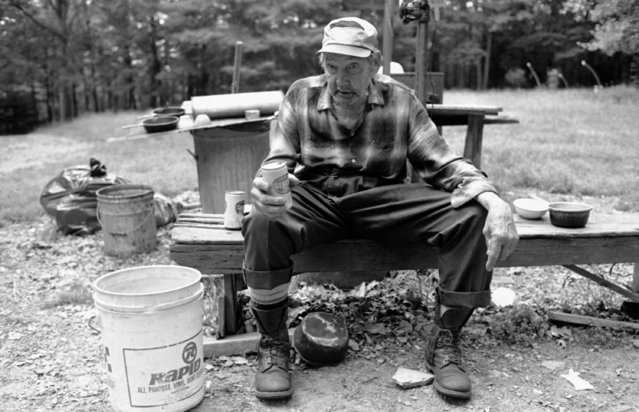 Pat Rupert, 76, sits outside his Sheffield, Pennsylvania shed on October 20, 1982, fresh snuff in his lip and a cold beer in one hand. He and his older brother live in a disheveled corrugated iron box that once housed a large gasoline engine. There is no refrigerator, telephone or running water inside. Rupert says, “I know where I am and I know what I am”. (Photo by Gene Puskar/AP Photo) 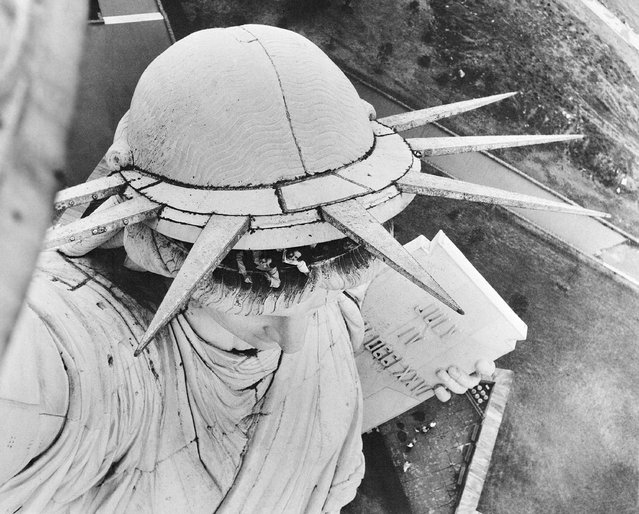 Visitors peek out from under the crown of the Statue of Liberty in New York Harbor, October 26, 1946. (Photo by AP Photo) 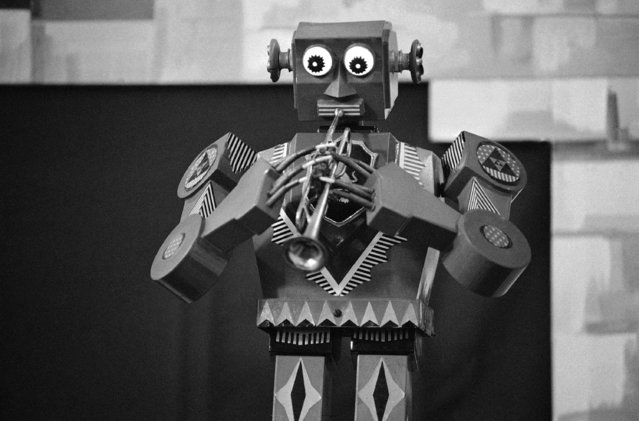 Make-believe mechanical robot plays the trumpet, much to the delight of youngsters who visited the Tokyo department store, September 15, 1981 where this robot, and others were displayed. Music comes from within; trumpet is just for looks. (Photo by Sadayuki Mikami/AP Photo) 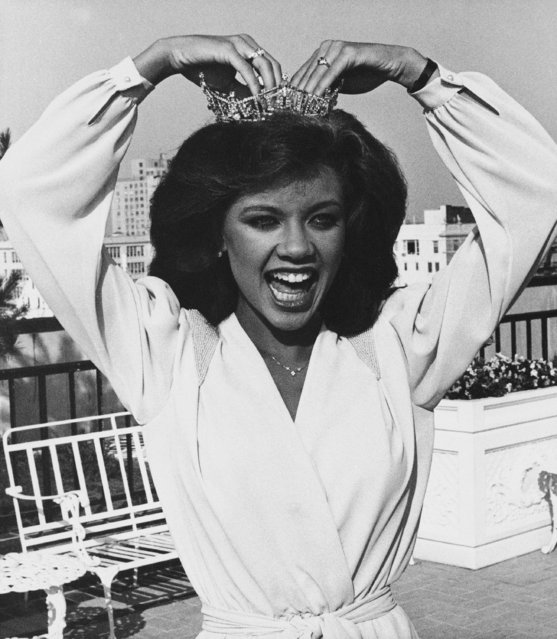 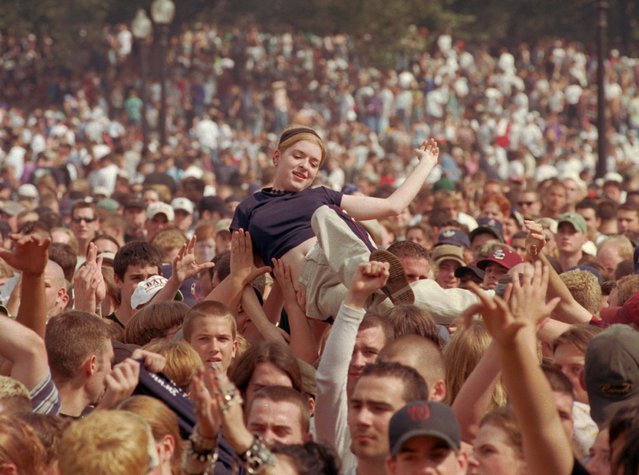 A young woman rides on the hands of people in the crowd as they dance and listen to music at the eighth annual Freedom Rally, sponsored by Mass Cann, a group committed to the legalization of marijuana, and the National Organization for the Reform of Marijuana Laws, on the Boston Common in Boston, Saturday, September 20, 1997. Over 50,000 people, mostly in their teens and early 20s attended the event where people openly smoked the drug. (Photo by Steven Senne/AP Photo) 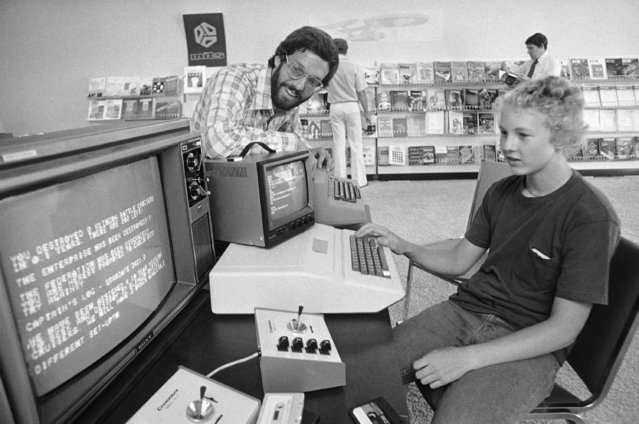 Richard Conner, 15, plays a game of “Star Trek” on a small, relatively cheap “home” computer at the Computer Store which is owned by Dick Heiser, left, in Los Angeles on September 22, 1977. The so-called microcomputers are used for everything from playing games to doing your income tax yourself. (Photo by George Brich/AP Photo) 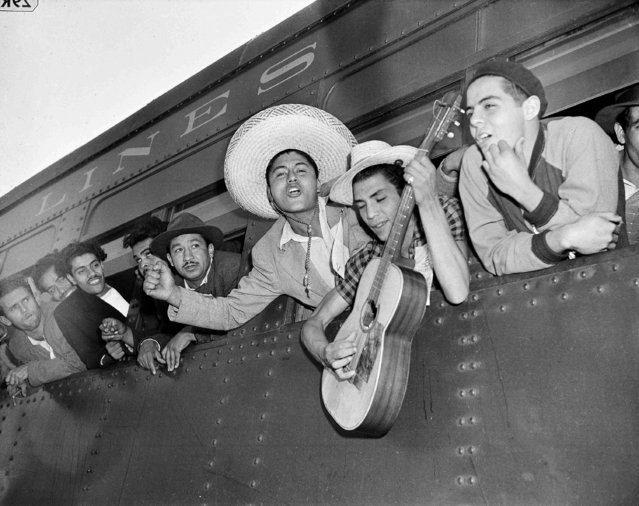 Part of a group of 500 young Mexicans have arrived to alleviate the harvest labor shortage in Stockton, Calif., September 29, 1942. Here, a group of singing, cheering youths. (Photo by Ernest King/AP Photo) 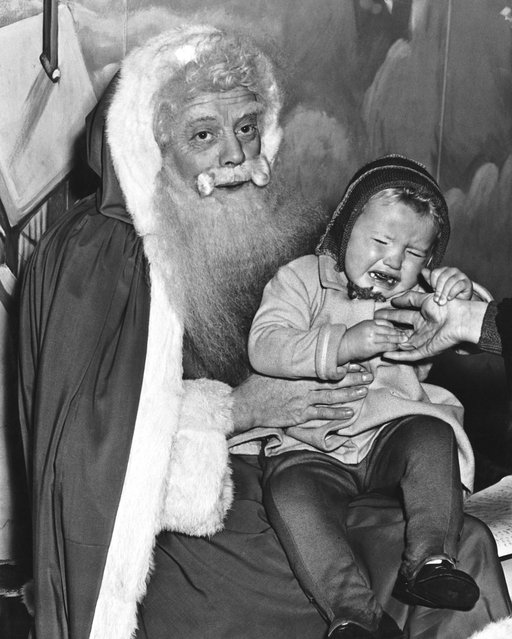