Touching Aye-aye
“The aye-aye (Daubentonia madagascariensis) is a lemur, a strepsirrhine primate native to Madagascar that combines rodent-like teeth and a special thin middle finger to fill the same ecological niche as a woodpecker. It is the world's largest nocturnal primate, and is characterized by its unusual method of finding food; it taps on trees to find grubs, then gnaws holes in the wood and inserts its narrow middle finger to pull the grubs out. The only other animal species known to find food in this way is the striped possum. From an ecological point of view the aye-aye fills the niche of a woodpecker as it is capable of penetrating wood to extract the invertebrates within.

The aye-aye is the only extant member of the genus Daubentonia and family Daubentoniidae (although it is currently classified as Near Threatened by the IUCN); a second species, Daubentonia robusta, appears to have become extinct at some point within the last 1000 years.

Its binomial name honours the French naturalist Louis-Jean-Marie Daubenton and the island on which it is found, Madagascar. Among some Malagasy, the aye-aye is imitatively called “hay-hay” for a vocalization it is claimed to make. It is supposedly from the European acceptance of this name that its common name was derived. However, the aye-aye makes no such vocalization. The name was also hypothesized to be of European origin, with a European observer overhearing an exclamation of fear and surprise (“aiee!-aiee!”) by Malagasy who encountered it. However, the name exists in remote villages, so it is unlikely to be of European origins. Another hypothesis is that it derives from “heh heh”, which is Malagasy for, “I don't know”. If correct, then the name might have originated from Malagasy people saying “heh heh” to Europeans to avoid saying the name of a feared, magical animal”. – Wikipedia 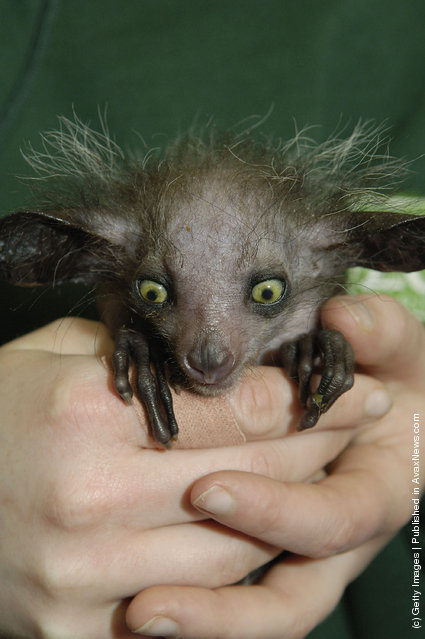 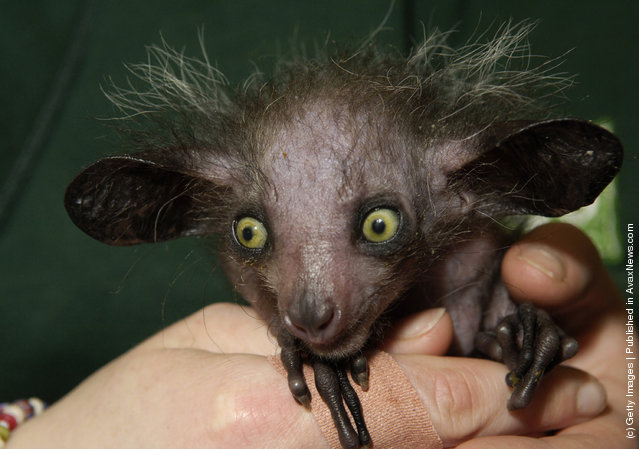 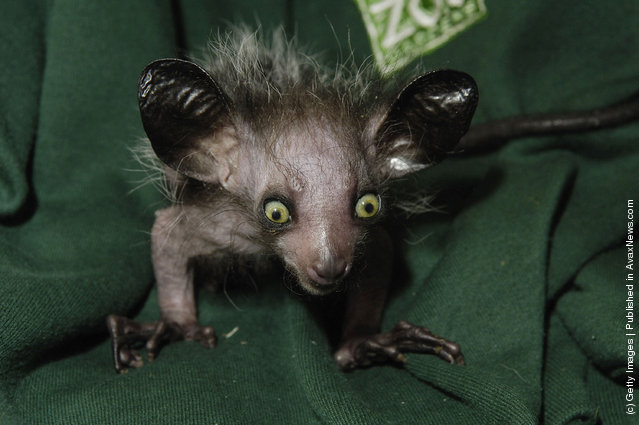 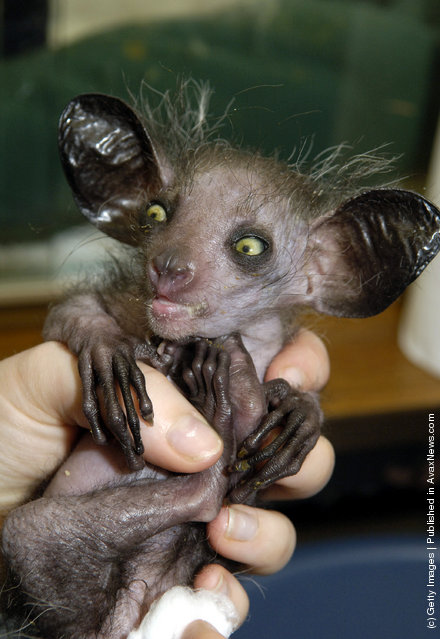 In this handout image from Bristol Zoo is seen the first captive bred aye-aye in the UK named “Kintana” (meaning star in Malagasy) April 15, 2005 at Bristol Zoo Gardens, England. The zoo announced today only the second baby aye-aye to be hand-reared in the world (the first was in Jersey Zoo) and has now made his first public appearance since his birth on 11 February 2005. (Photo by Rob Cousins/Bristol Zoo via Getty Images)
Edit Del
13 Apr 2011 13:33:00, post received 0 comments
Publication archive:
←   →
Popular tags:
All tags
Last searches: