Sad Hunting And Fishing. Part I 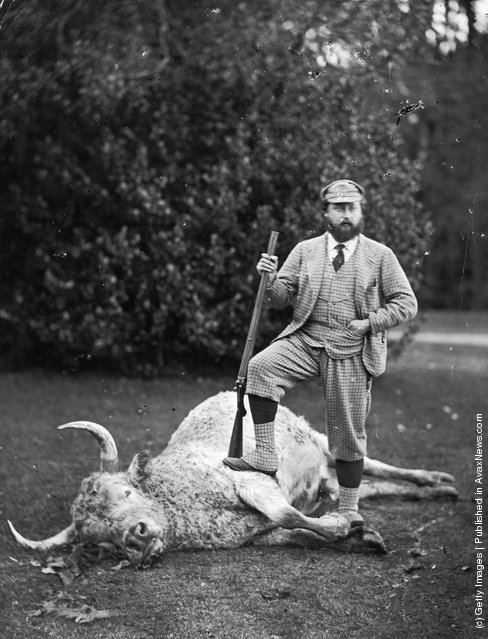 Edward, Prince of Wales (1840–1910), later King Edward VII, stands over the carcass of a wild Chillingham bull, shot by himself during a visit to Chillingham Castle, Northumberland, circa 1879. (Photo by Hulton Archive/Getty Images)

A group of women on a pheasant shoot. (Photo by Hulton Archive/Getty Images). 1910 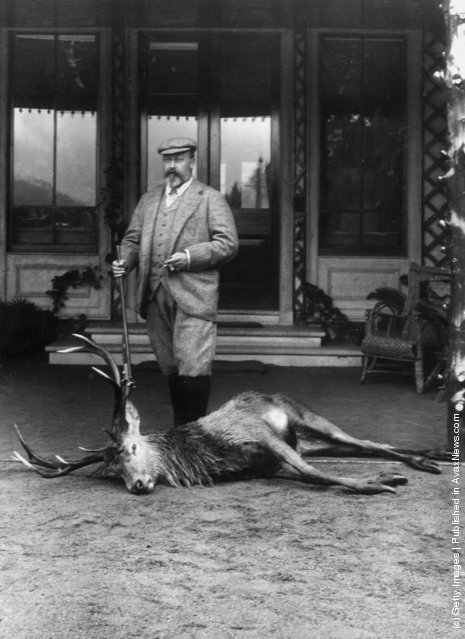 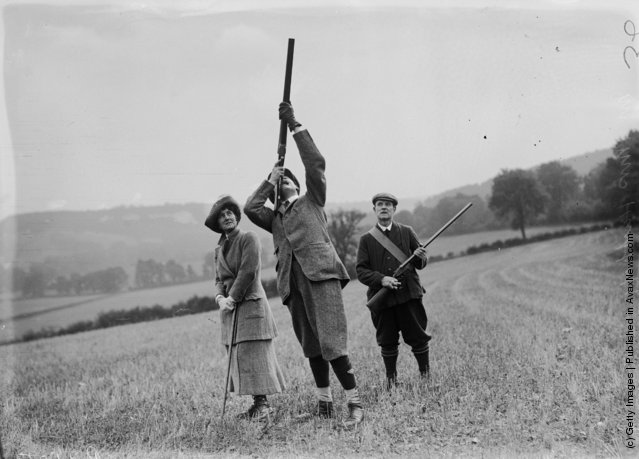 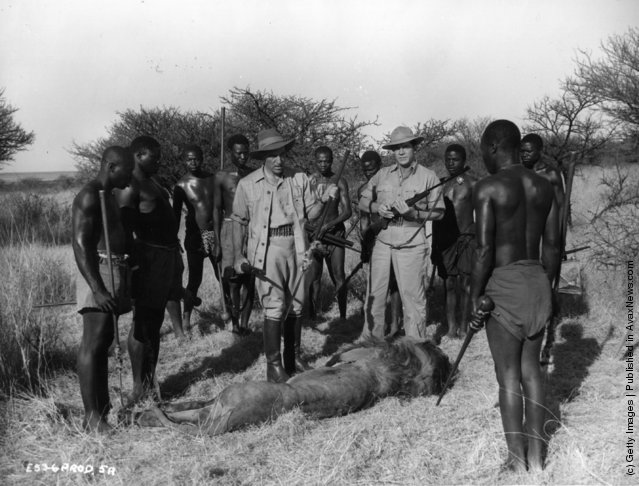 David Farrar and Dana Andrews (1909–1992) stand over the slain carcass of a lion in a scene from “Duel in the Jungle”. The film was shot in Rhodesia and followed the investigation of a complex insurance fraud. Title: Duel In The Jungle Studio: ABP Director: George Marshall (Photo by Hulton Archive/Getty Images). 1954 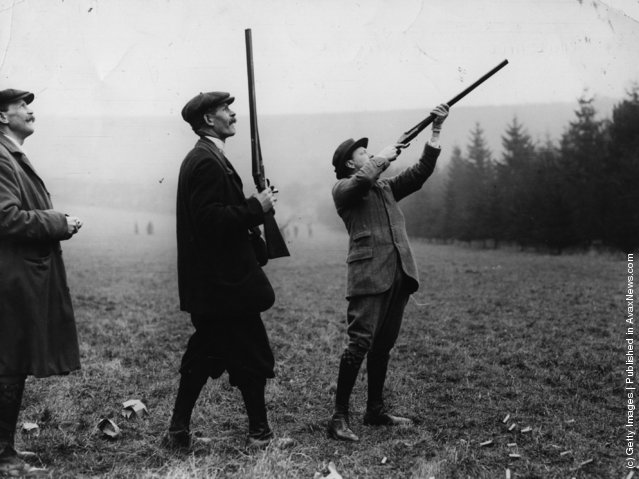 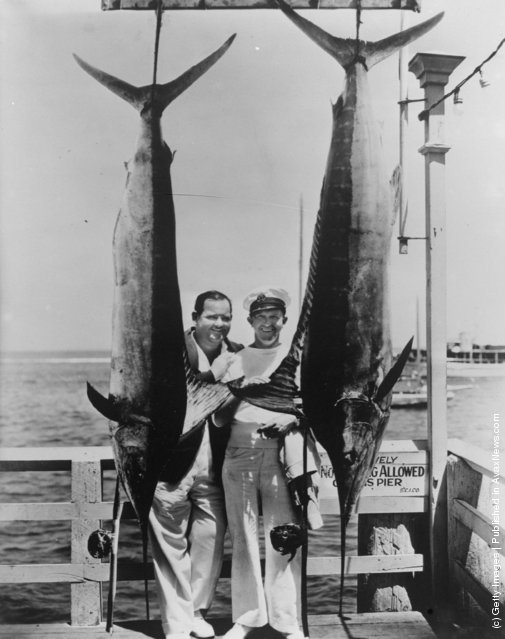 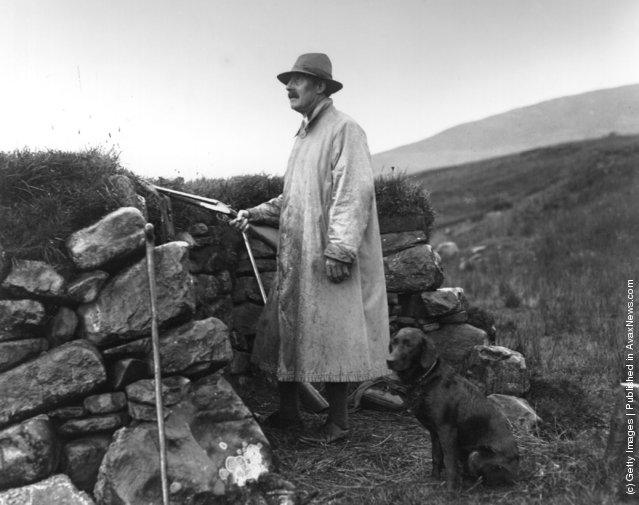 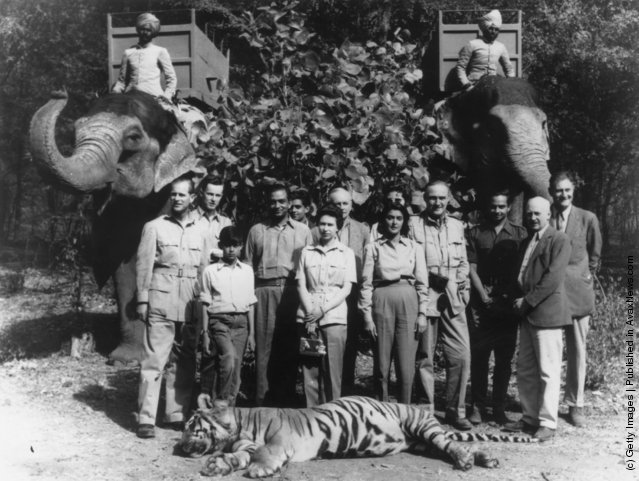 From left to right; Prince Philip (extreme left) with Prince Jagat-Singh (with his foot on tiger's head), the Maharajah of Jaipur, Queen Elizabeth II and the Maharanee of Jaipur. The tiger which was over 8ft long was shot by Prince Philip during a tiger hunt during the Royal Tour of India. The skin will be sent to Windsor Castle. (Photo by Fox Photos/Getty Images). 26th January 1961 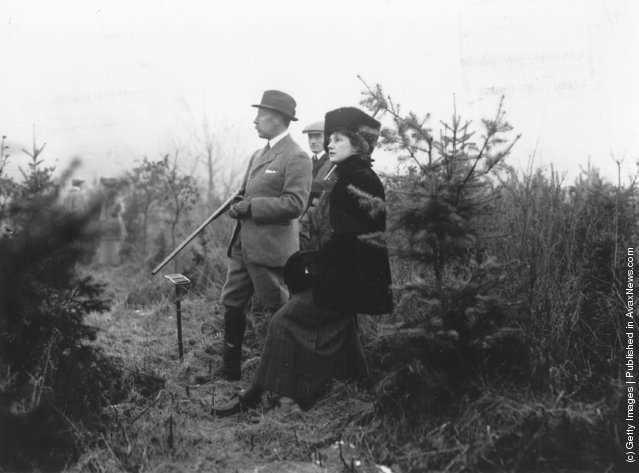 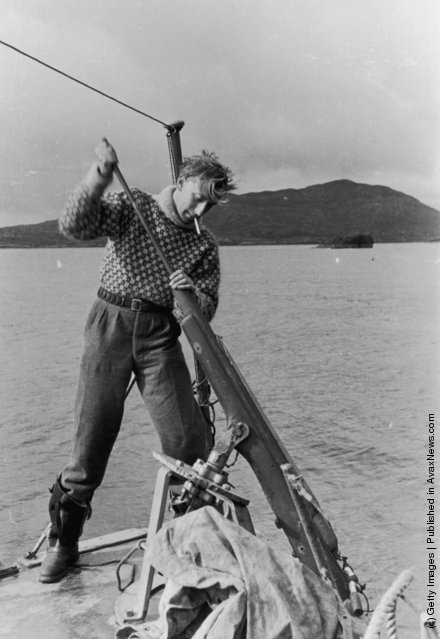 British author Gavin Maxwell (1914–1969, left) loads his harpoon gun whilst fishing for basking shark off the island of Soay. He bought the small Hebridean island in 1945, with hopes of setting up a shark fishery. (Photo by Raymond Kleboe/Picture Post/Getty Images). 21st September 1946 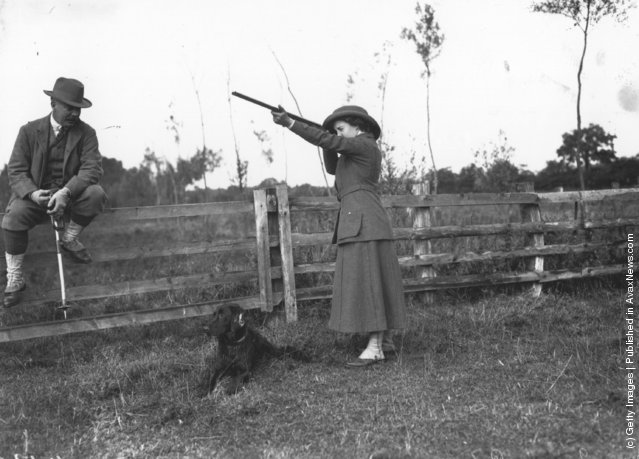 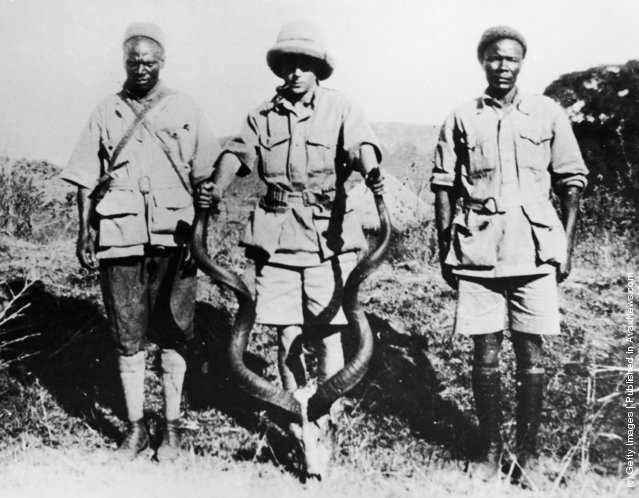 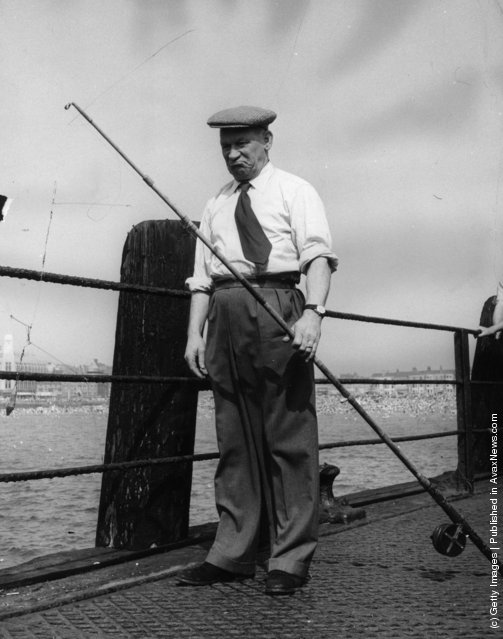 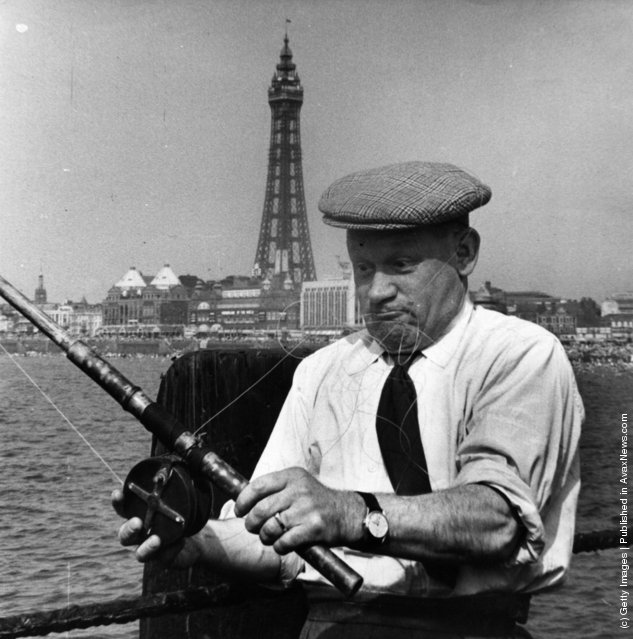 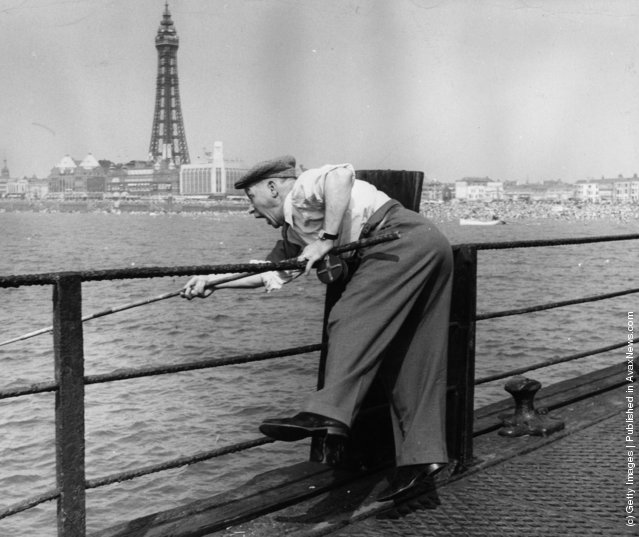 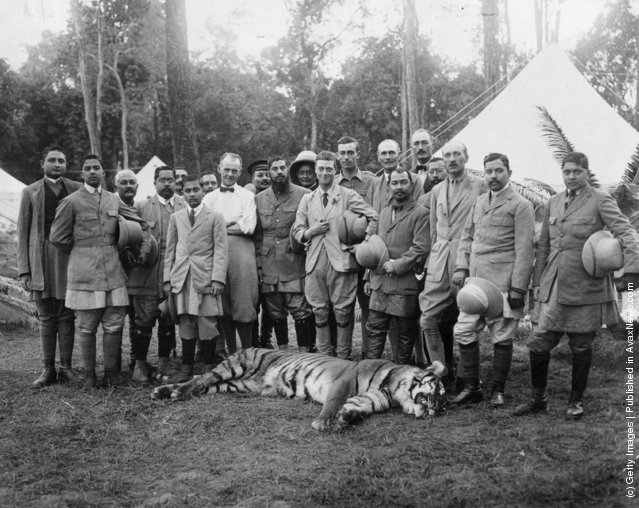 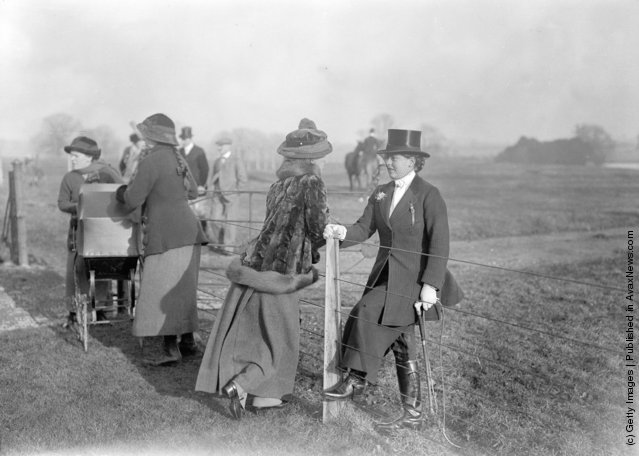 A rider and spectator chat at a meet of the Cottesmore Fox Hunt, Stapleford Hall. (Photo by Topical Press Agency/Getty Images). January 1914 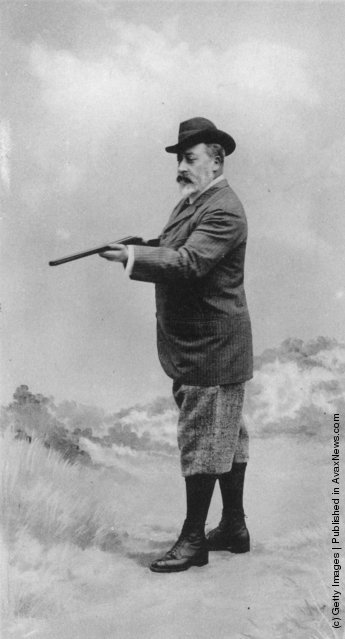 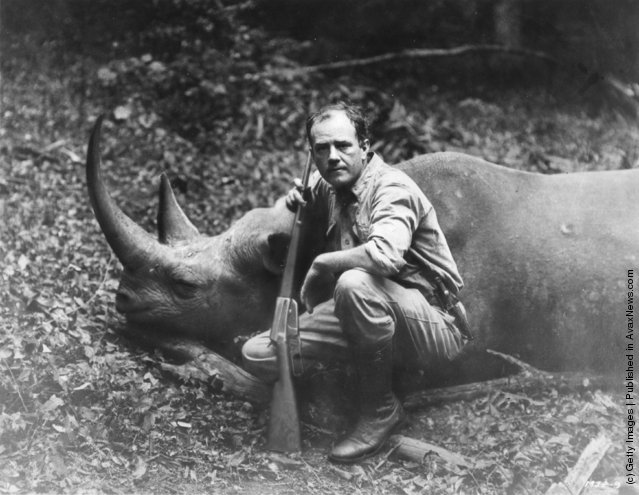 Martin E Johnson (1884–1937) with a rhinoceros which he shot while filming “Trailing African Wild Animals”, a documentary made by Johnson and his wife Osa released by Metro Pictures Corporation. (Photo by Hulton Archive/Getty Images). Circa 1925 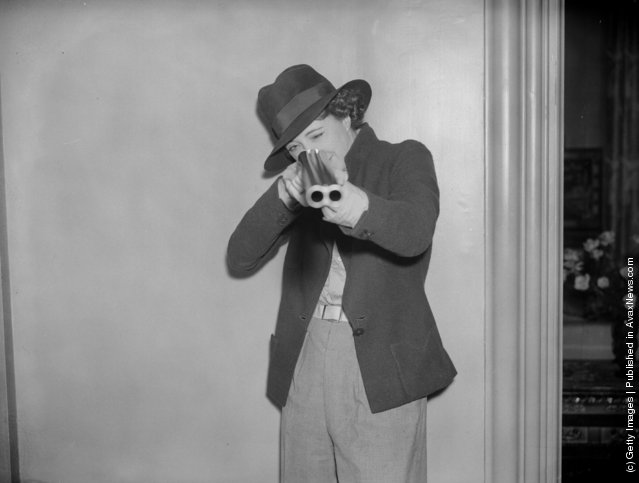 Traveller, writer and explorer Rosita Forbes, wife of Arthur McGrath sights down the barrel of her rifle. Named London's Best Dressed Woman of 1937, she is organising a trip to India for the aristocracy to shoot tigers. (Photo by Arthur Tanner/Fox Photos/Getty Images). 21st October 1937 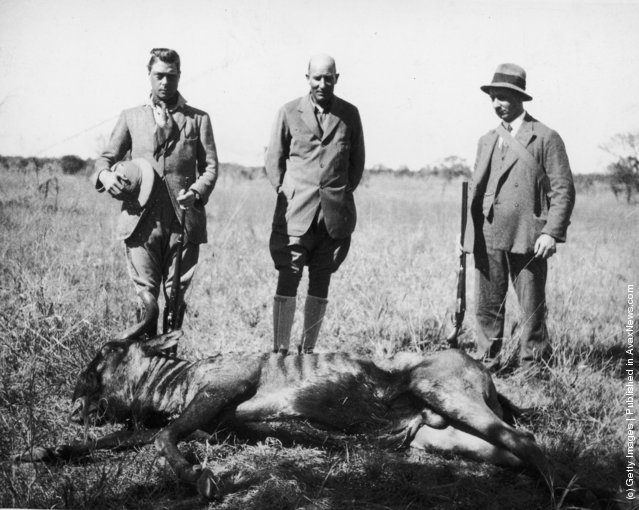 The Prince of Wales (1894–1972), later King Edward VIII, with the wildebeest which he shot at the Central Estates in Bulawayo, during a hunting trip to southern Rhodesia, 1925. (Photo by Central Press/Hulton Archive/Getty Images) 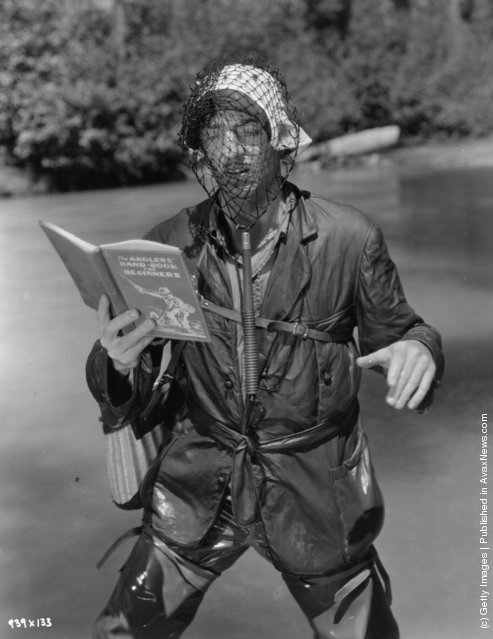 William Powell is in some difficulty on a fishing trip, with an instruction book in one hand he has managed to get a fishing net over his head. Jean Harlow, Myrna Loy, Spencer Tracy, Walter Connelly also star in the film “The Libeled Lady”, a four star romantic comedy. Title: The Libelled Lady Studio: MGM Director: Jack Conway (Photo by Margaret Chute/Getty Images). Circa 1933
Edit Del
05 Apr 2011 09:25:00, post received 0 comments
Publication archive:
←   →
Popular tags:
All tags
Last searches: