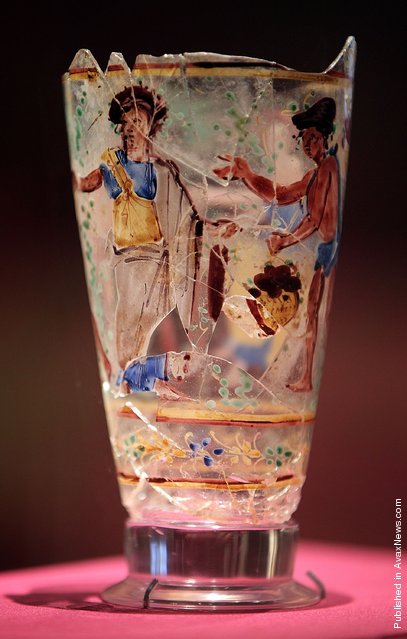 Indian ivory furniture legs in the shape of a goddess from the first century AD are displayed in the 'Afghanistan Crossroads of the Ancient World' exhibition at The British Museum on March 1, 2011 in London, England. Displaying treasures that were in great danger during the years of civil war and Taliban rule, these surviving artifacts reveal Afghanistan's ancient culture, its fragility and its remarkable place in world history. The exhibition opens to the public on March 3 and runs until July 3, 2011. (Photo by Peter Macdiarmid/Getty Images). LONDON, ENGLAND – MARCH 01
Details
07 Mar 2011 14:39:00,post received 0 comments
Publication archive:
←   →
Popular tags:
All tags
Last searches: